From the Rabbi's Bunker: March 31 - Exodus or Eisodus? Joy Comes With the Morning 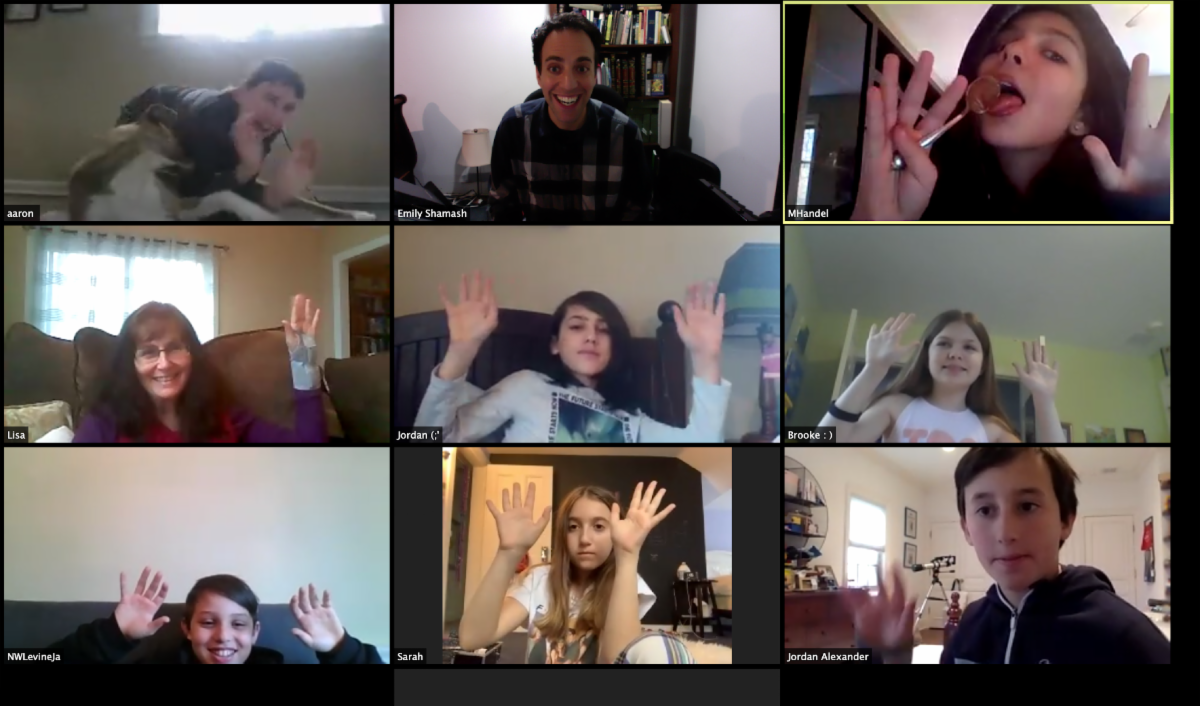 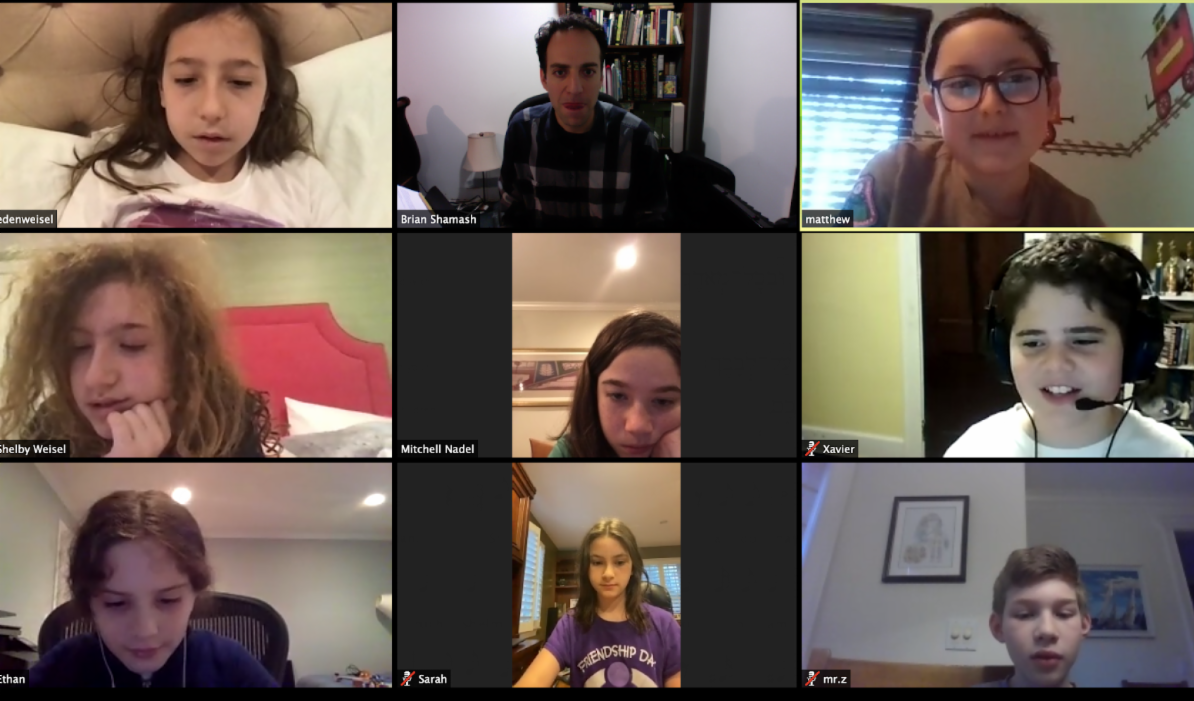 The Corona Virus is a serious matter
but sometimes humor can relieve the stress....
here are a few light touches. 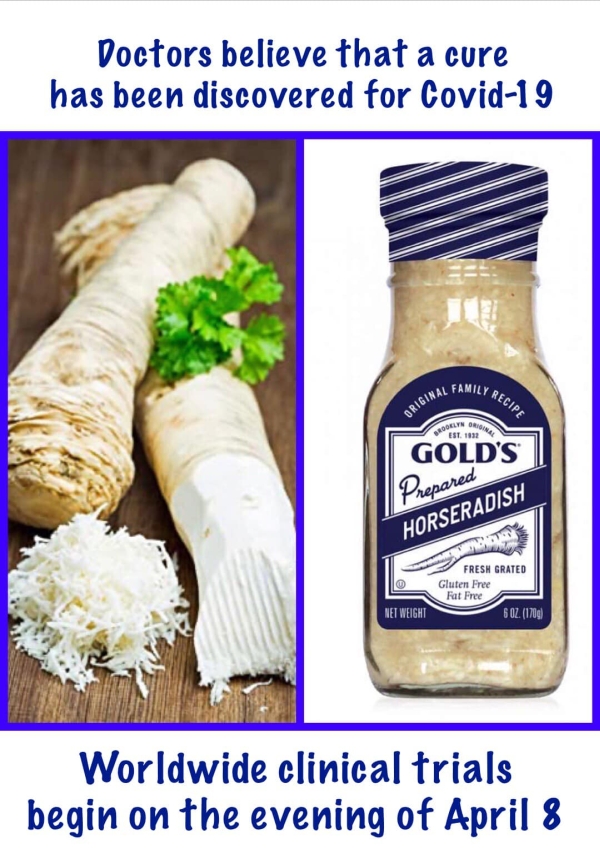 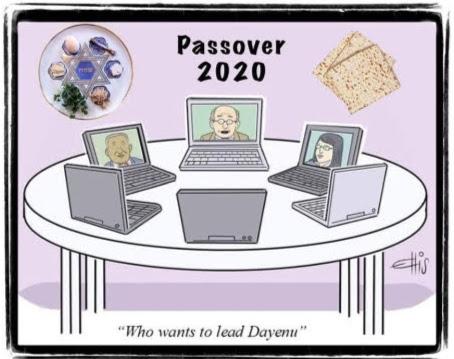 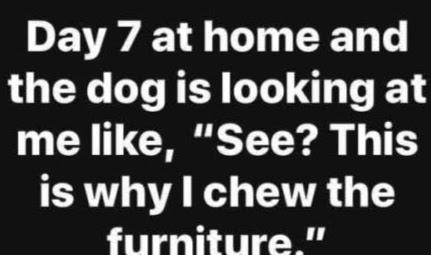 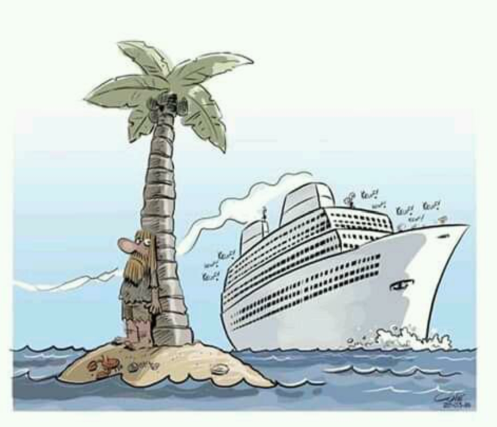 And here's the one that's been going...um...viral:
An Open Letter to Dr Anthony Fauci Seeking Passover Seder Advice

And this Steve Lander special...

"I was on a long line at 7:45 am today at the grocery store that opened at 8 for seniors only. A young man came from the parking lot and tried to cut in at the front of the line, but an old lady beat him back into the parking lot with her cane. He returned and tried to cut in again but an old man punched him in the gut, then kicked him to the ground and rolled him away. As he approached the line for the 3rd time he said, "If you don't let me unlock the door, you'll never get in there."

I don't mean to turn this into a laugh track, as this situation could not be more serious.  But part of what we all need to be doing right now is lifting one everyone's spirits.  Morale is so important right now, on the home front.

Thank you to the 30 or so who made up our mincha minyan yesterday. It was nice to come together, even if only for a brief time. The tinny, electro-pop sound of the davening sounded strangely shtiebel-esque and authentic through the Zoom connection. We will be doing these makeshift minyans upon request at 1 PM on weekdays. After Passover, we can determine whether to make them a daily occurrence.
There will be a guaranteed minyan on Thursday at 1, which is the yahrzeit of Frank Rosner.  https://zoom.us/j/874975176 Meeting ID: 874 975 176
This (TUESDAY) afternoon at 5 PM I'll be teaching the next session of our "Beyond Dispute" series: What Defines our Relationship with God? Love vs Law." It gets into some of the Christianity / Judaism "religion of law vs religion of love" stuff that often is discussed especially at this time of year. Here's the Zoom link: https://zoom.us/j/313166042 Meeting ID: 313 166 042. +1 646 558 8656 US (New York) +1 301 715 8592 (US)

Now for a little more jazz in our lives, how about this rooftop concert in Tel Aviv, held last week... 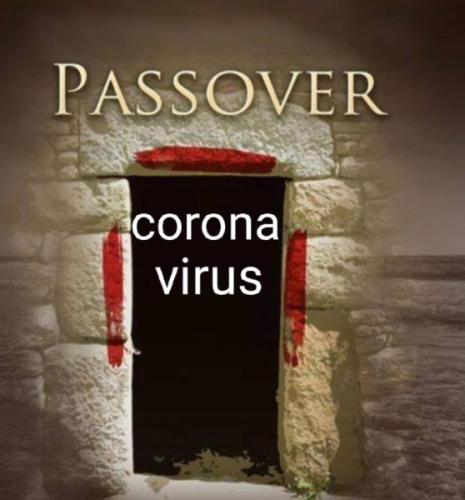 Why is this Passover different from all others?  We'll be asking that question a lot over the coming days.  Irony abounds: for one thing, we are dealing with an honest to goodness plague. For another, just like our ancestors in Egypt, we are seeking protection indoors, though rather than smearing lamb's blood on the lintels, we are smearing sanitizing gel everywhere. And like our huddled ancestors on that fateful, horrible "Night of Watching" described in Exodus 12, we are trying to strengthen our resolve while listening to the cries of our suffering neighbors.

The Exodus celebrates what happened on the morning, when the legions of Israelites, 600,000 strong, embarked on their epic journey of liberation.  But first came the Eisodus, the night before, when they huddled in their homes and ate bitter fruits of slavery and the bread of dread, the maror and matzah.

In Greek, exodus is the word for exit.  Eisodus is the word for entrance.  Next year in Jerusalem, God willing, but this year we're not even going to make it across state lines (especially if headed to Rhode Island).  This year in the basement, next year at Stop and Shop, without body armor.  This year, we socially distance to keep the Angel of Death at bay, and next year, next year, maybe we'll have a Seder that isn't virtual.  But this year is still a year, and all years have Passover, so what we need to figure out this year is how to find the path to liberation while staying put. 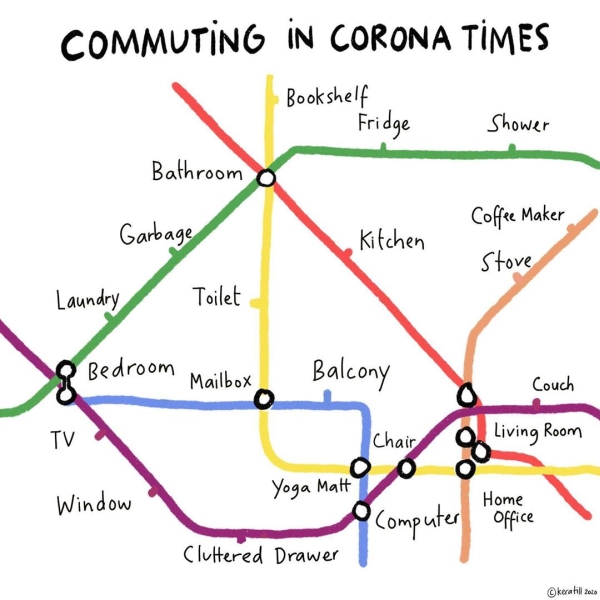 This year we will mark with ritual lathering of the hands our exodus from the world rather than into it.  This year, the hametz that we will clean from our homes is microbial rather than fermented.  While seeking to wipe out all traces of the virus, we'll clean up a few crumbs along the way.

The word for Egypt, Mitzrayim, literally means "narrow straits."  The path to freedom is narrow indeed.  As Lesli Koppelman Ross writes, "When God took us out of Mitzrayim, God extricated us from the place of constricted opportunities, tight control, and narrow-mindedness, where movement was severely limited."

Movement has never been more limited for more people than it is right now.  And when it is all over - as it will be, perhaps somewhere around Shavuot - maybe we'll have discovered that the journey to liberation is an Eisodus after all.  And ultimately, as we read in Psalm 30, "Weeping my endure through the night, but joy comes in the morning." 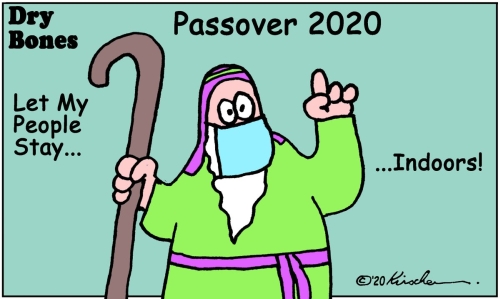 Let's start with a superb Twitter thread from a colleague.... 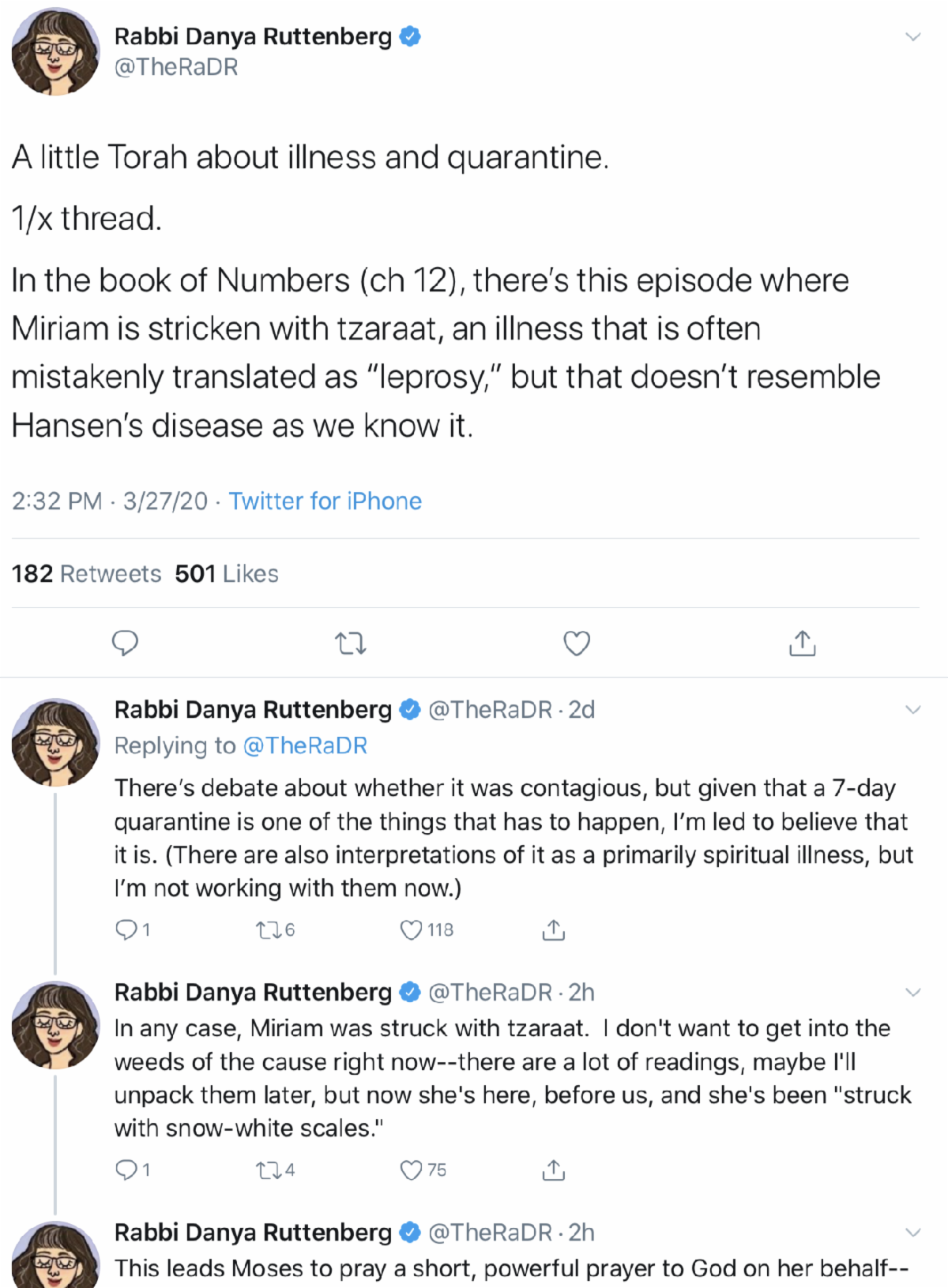 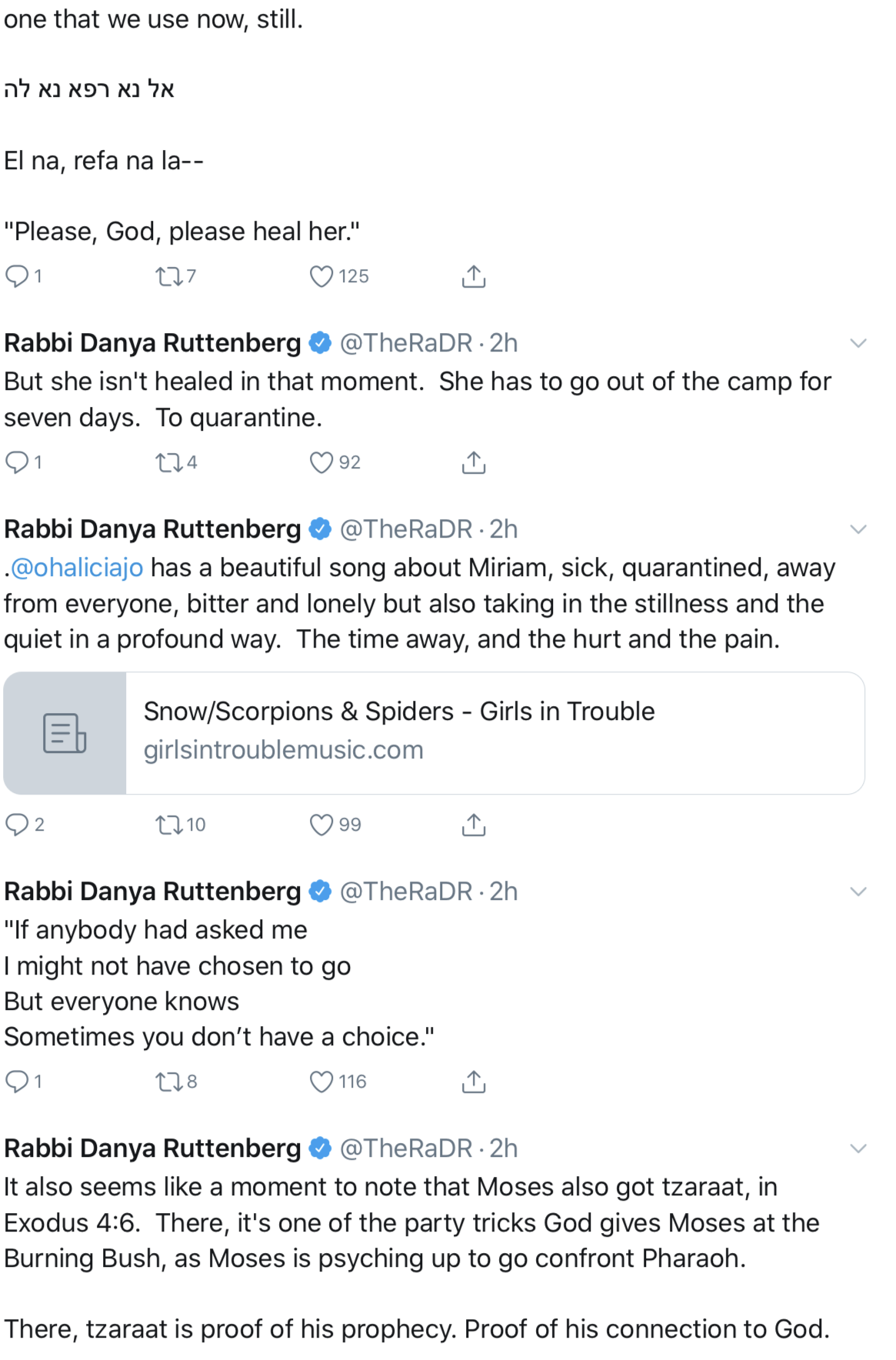 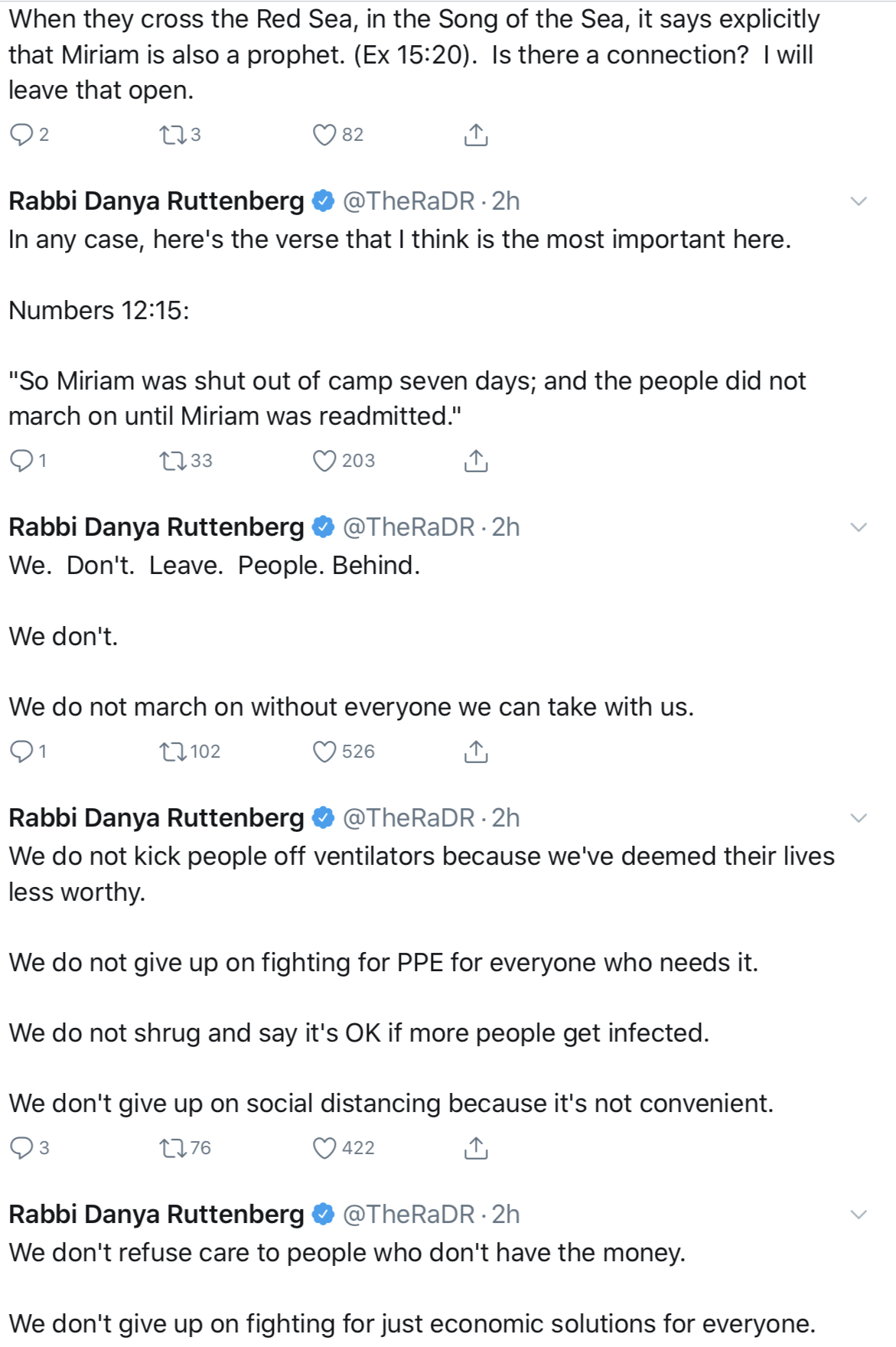 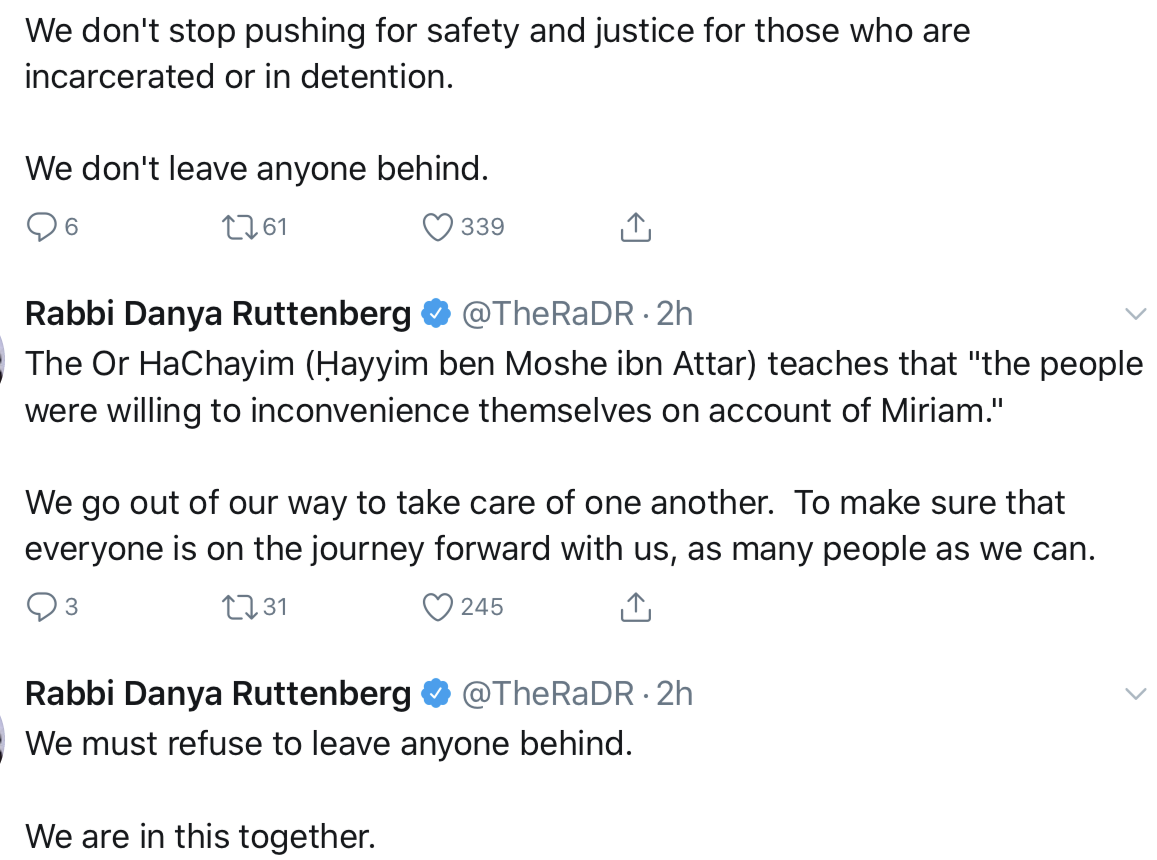 Got some time on your hands?  Dive into this classic series on the history of Zionism and Israel: Pillar of Fire - Tekuma.  You can find the whole series here.

Pillar of Fire (עמוד האש) is a mini series documentary of the IBA, produced by Yaakov Eisenmann and edited by Yigal Loussin and presents the History and narrative of Zionism from the late 19th century until the establishment of the state of Israel in 1948. Pillar of Fire focuses on the History of Zionism, beginning in 1896, in the wake of Theodor Herzl's revival of the concept of Jewish nationalism and continues to follow the Jewish People in the 20th century, the early stages of Zionism, followed by the waves of Aliyah prior to the founding of Israel, the Revival of the Hebrew language, the Ottoman Empire's rule in over the Land of Israel, the British Mandate, Anti-Semitism in Europe, the rise of Nazism and The Holocaust, the history of the Yishuv, the Jewish struggle for independence, and ends in 1948, with the Israeli Declaration of Independence.  Tekuma picks up the story from there.

You can also take a look at Marc Schulman's much  20 part series-in-progress on the history of Zionism and Israel. Part 13 just came out, on the 1973 war.  These brief videos are excellent teaching tools.  Check this one out.


Jewish struggle for independence, and ends in 1948, with the Israeli Declaration of Independence.
There's Bad Dudes Out There

ADL: What is Zoombombing and Who is Behind it? - Anti-Semites hacking into Jewish Zoom events.
Bernie Sanders' Florida Office Vandalized with Swastkas (JTA)
Some Megachurches Are Still Packing In Crowds (Bloomberg) Congregants of megachurches in Louisiana, Ohio and Florida attended services in defiance of social distancing orders on Sunday morning, even as politicians and doctors took to weekly news shows to warn of coronavirus's spread in the U.S.
Really???

And what's happening in Israel now?
Win-win coalition? Both Netanyahu and Gantz can make case for victory in talks(Times of Israel). Interesting and thorough analysis of a perplexing, if not shocking turn of events in Israeli politics.
State-mandated cremation is a posthumous 'mitzvah,' says leading Orthodox rabbi(Times of Israel). Astounding to have Orthodox authorities OK-ing cremation and Zoom Seders. Have we landed on another planet? Nope - because as intransigent as fundamentalist Jews may often be, they never stray from what is most fundamentally Jewish - the preservation of life. And Jews have historically been the most adaptable people on earth. Disruption is our middle name.
And here?
Days of Darkness, Then and Now. And a Message of Hope (Gary Rosenblatt - Jewish Week)
The coronavirus pandemic will not lead to a sudden, End of the World explosion. Rather, we are struggling to deal with a prolonged plunge into the dark unknown, a state of limbo with no finish line in sight. What's similar, though, is a humbling sense that our fate is out of our control. And as I hunker down at home now, still reeling from the impact of a society - a world - turned upside down within the last few weeks and trying to imagine a return to normalcy, I recall those long ago feelings of fear and confusion from the most dangerous confrontation of the Cold War.
RABBI LORD JONATHAN SACKS: The shared hell of WWII changed Britain for the better. Coronavirus will do the same (Daily Mail)
One of the greatest challenges in free societies is to maintain a balance between the 'I' of self-interest and the 'we' of the common good. We must be able to compete but also to co-operate.
Prayers from Many Faiths in an Age of Fear and Pandemic

What the gift of this unpleasant infection has helped me understand (Washington Post) But joy comes in the morning. Joy comes with the breaking of fevers and easing of fears. Joy comes with the battles bravely won or bravely lost. With the sacrifice of self to the service of others, joy comes. We won't be the same country that awakens from this illness, but I believe we can be a stronger country, with a greater appreciation for the parts we each play in the only community we've got. We've dwelt too long with the dark and fitful shadows of our febrile times. We can rise up from the sickbed and walk into the day.

Email ThisBlogThis!Share to TwitterShare to FacebookShare to Pinterest
Labels: coronavirus