In This Moment, by Rabbi Joshua Hammerman: June 7 - The Three Blessings We Seek 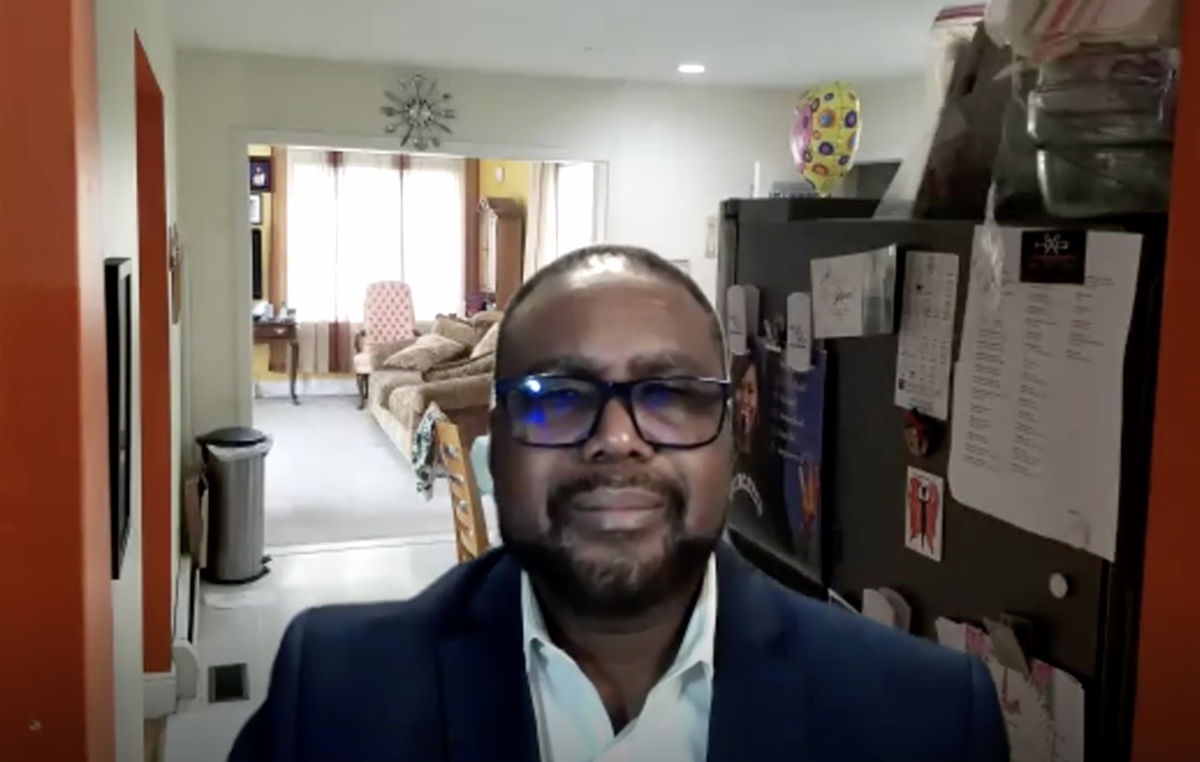 Rev. Dr. Michael Christie spoke with us on Friday night.
Click here to watch the recorded service  and
here (scroll down to the end) for screen shots 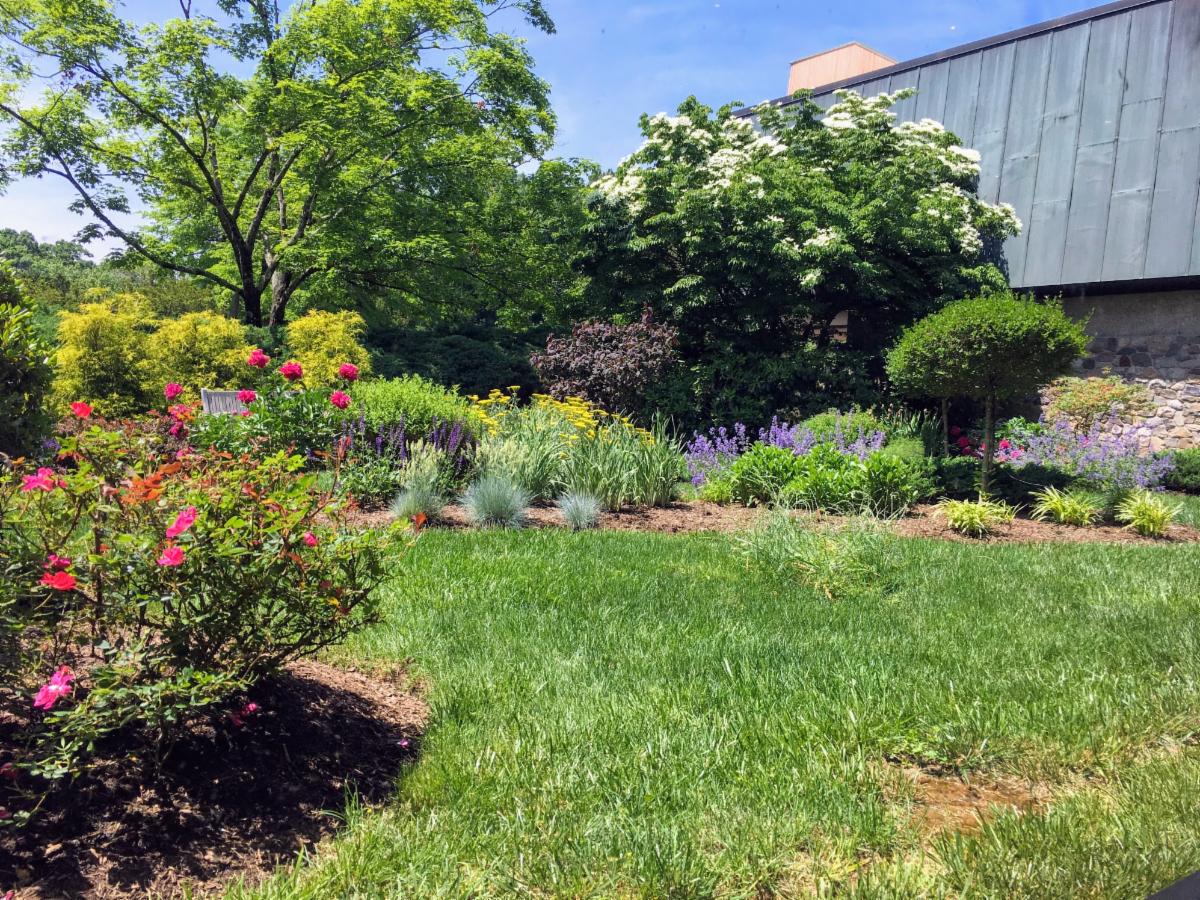 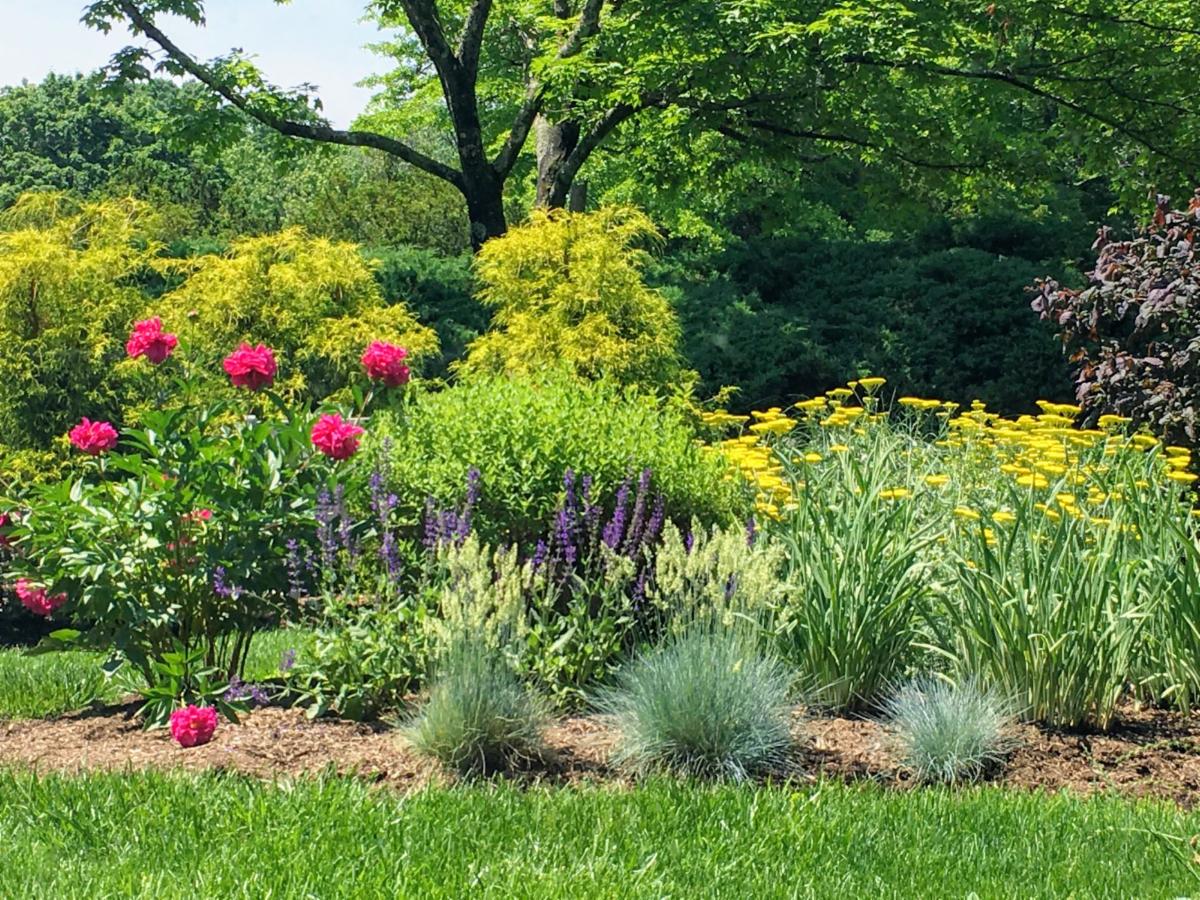 Our Matthew Klein Memorial Garden is in full bloom this morning

In his take on the three priestly blessings (for protection, grace and peace) that are found in yesterday's portion of Naso, Rabbi Jonathan Sacks sums it up this way:

"We are what we pray for. If you seek to understand a people, look at its prayers. The Jewish people did not ask for wealth or power. They did not hunger after empire. They had no desire to conquer or convert the world. They asked for protection, the right to live true to themselves without fear; for grace, the ability to be an agent for good in others; and peace, that fullness of being in which each of us brings our individual gifts to the common good. That is all our ancestors prayed for, and it is still all we need."

Throughout the world this week, and especially yesterday, people prayed-with-their-feet for those very blessings: for themselves, but more for their neighbors, people like George Floyd, and so many others.  And while the focus is primarily on people of color in this country, in Israel, dozens of rabbis in Israel called for day of mourning over the killings of George Floyd and also an autistic Palestinian man, who was killed during a police chase in Jerusalem's Old City on May 30. A police spokesman said at the time officers suspected he was carrying a weapon.  He too has a name, Iyad al-Halaq, 32, and Prime Minister Netanyahu expressed condolences a few days ago, (a full week after the killing, but better late than never).

On Friday night, Rev. Christie challenged us as to what we are doing to fight racism.  It is not enough simply to not be racist, a status few people can honestly claim.  Here are some resources he shared with us:

The Untold: What White People Can Do with Privilege

You might also want to review my 2016 Rosh Hashanah sermon on racism, which laid out in detail why race is a false construct and why erasing racism is a moral imperative, as well as Jewish obligation.

I'm looking for your ideas as to how we might continue what we began on Friday night, as well as your willingness to help.  The "75 Ways" link is filled with good suggestions for collective action, along with donation suggestions, which some were asking about on Friday night.

Meanwhile, Rev. Christie was very happy with the reception he received, and I am certain that our dialogue will continue.

Below is something that appeared in today's Washington Post. 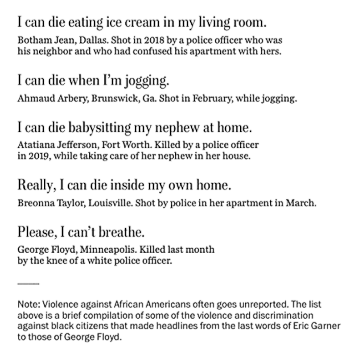 Some other suggested reading

Hashkiveinu: Seeking Comfort and Protection Through the Night  (MyJewishLearning) - This prayer, traditionally recited in the evening, envisions God as a guide and shelter.

It goes without saying that we should all be extra careful about the sources of information we receive, especially those claiming massive conspiracies behind the current protests.  It's interesting to look at the local coverage, well beyond the coastal cities.  Take a look at "Today's Front Pages" at the Newseum site, and you'll see that throughout America, the perspective on the protests is remarkably uniform - and supportive.  Some examples are below: 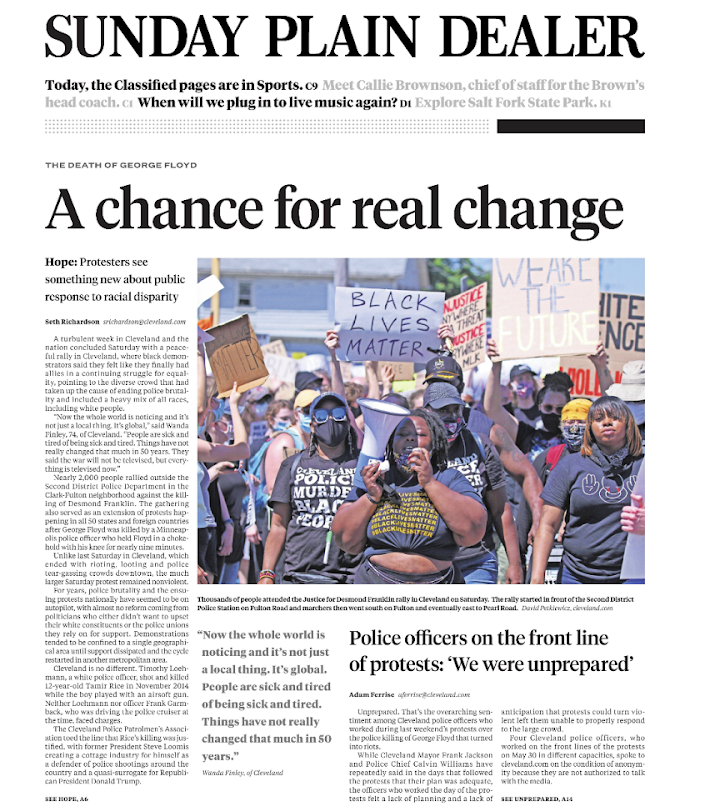 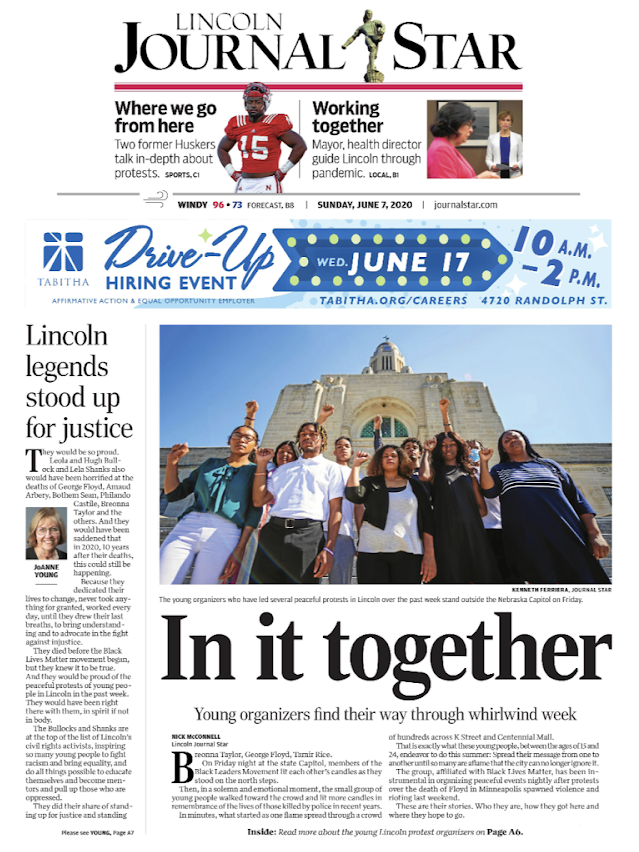 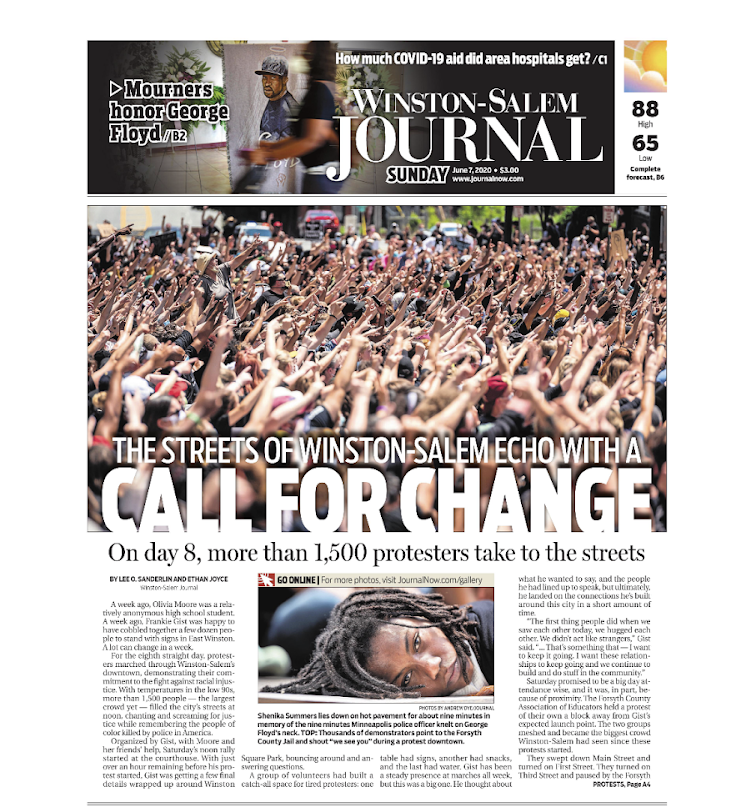 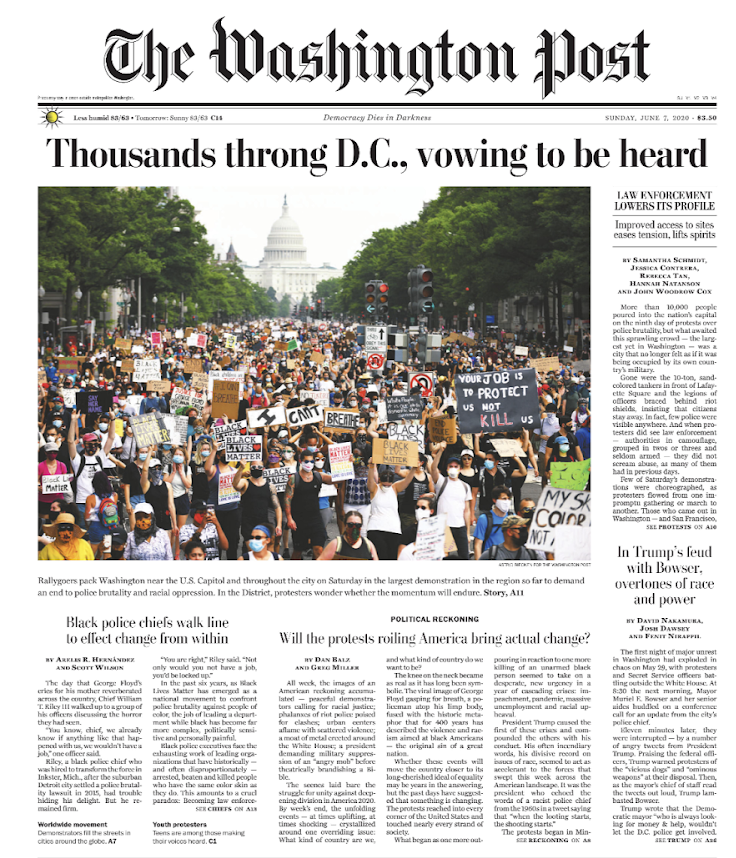 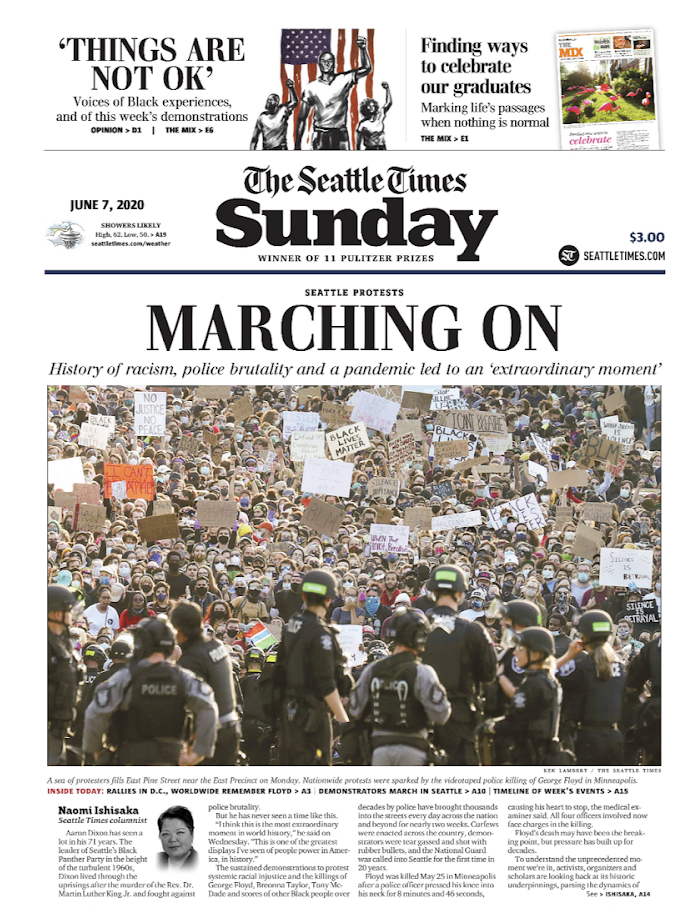 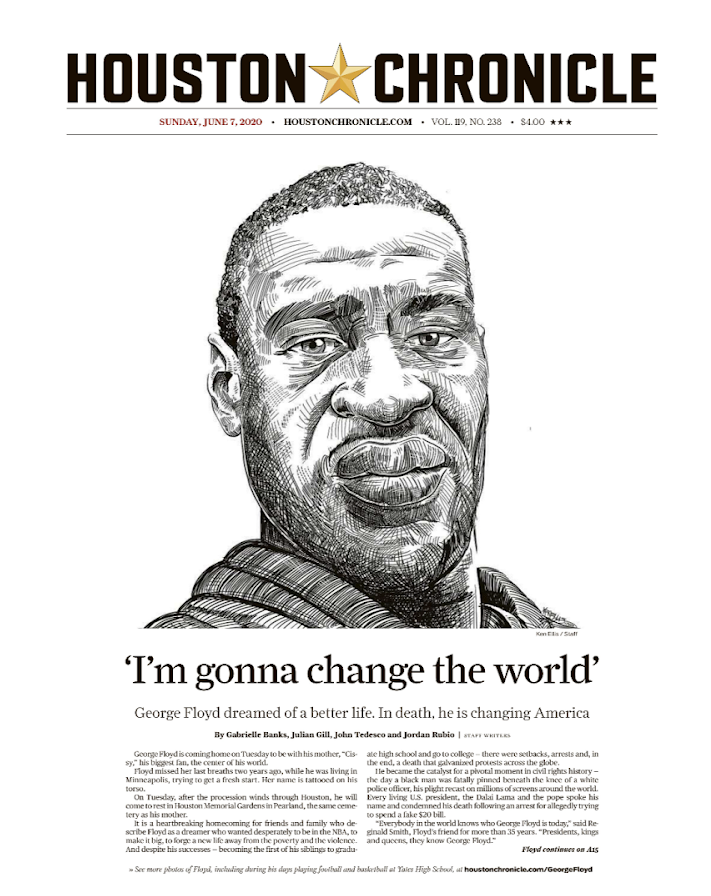 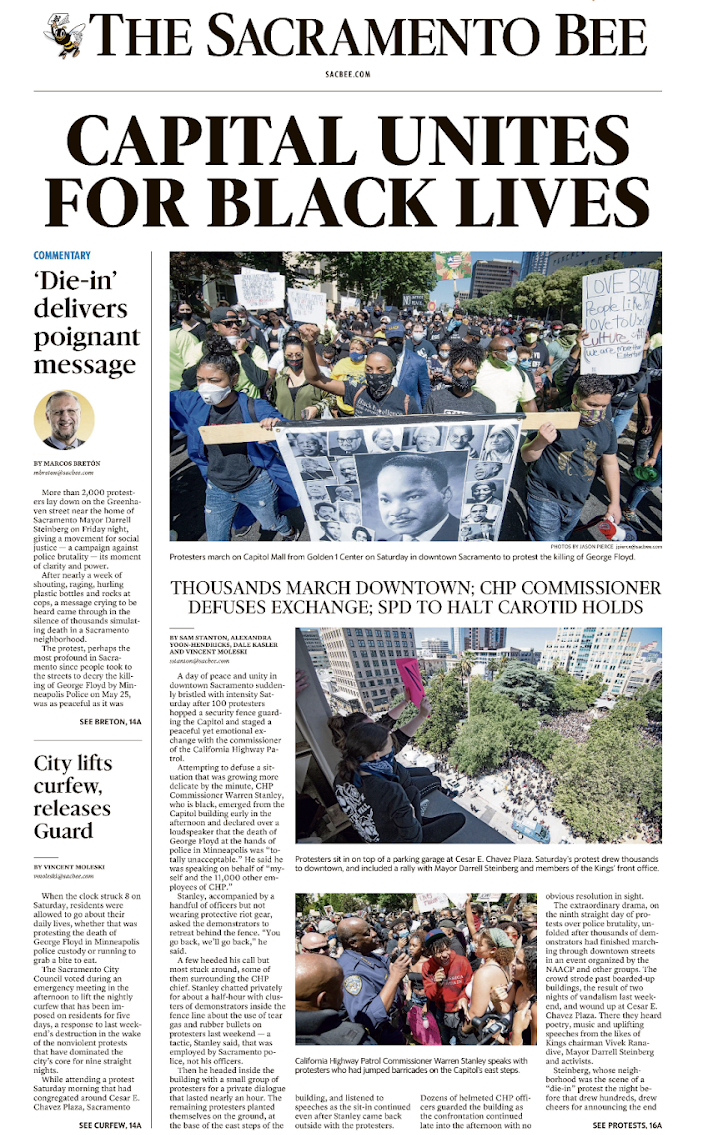 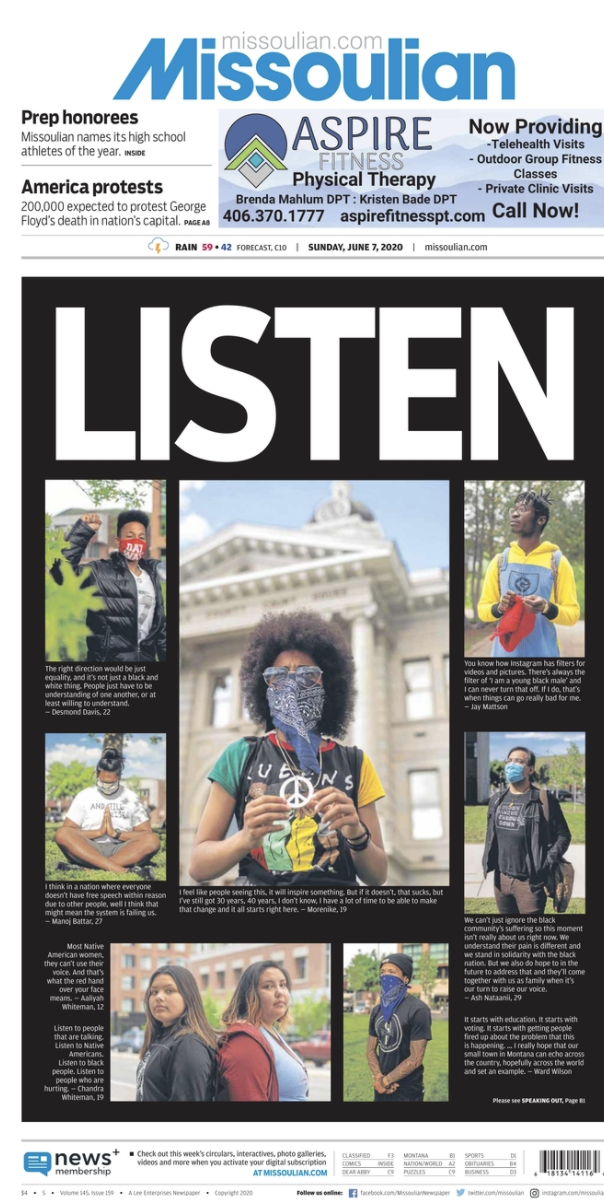 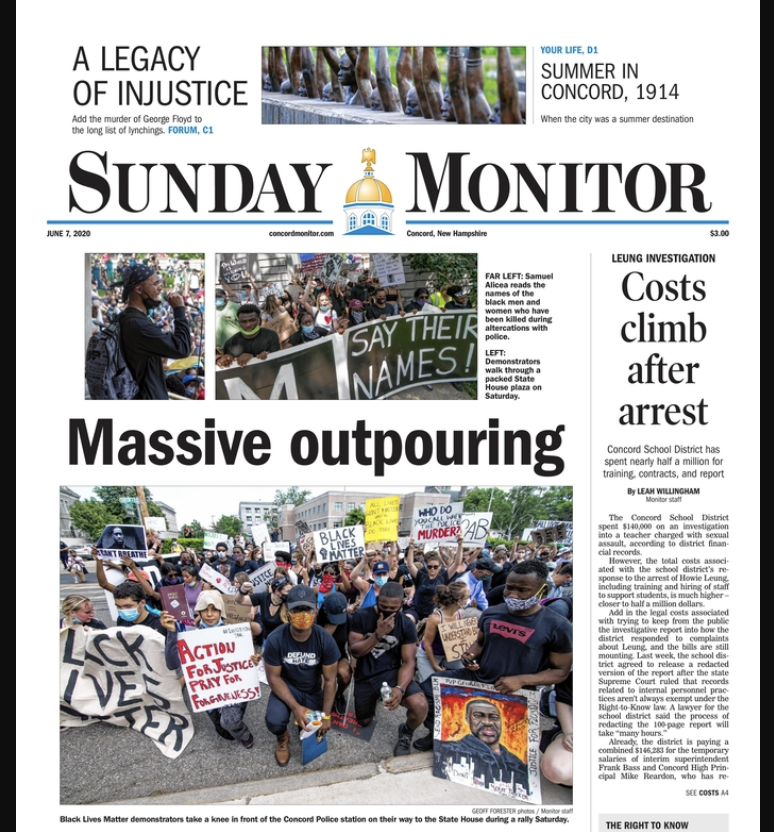 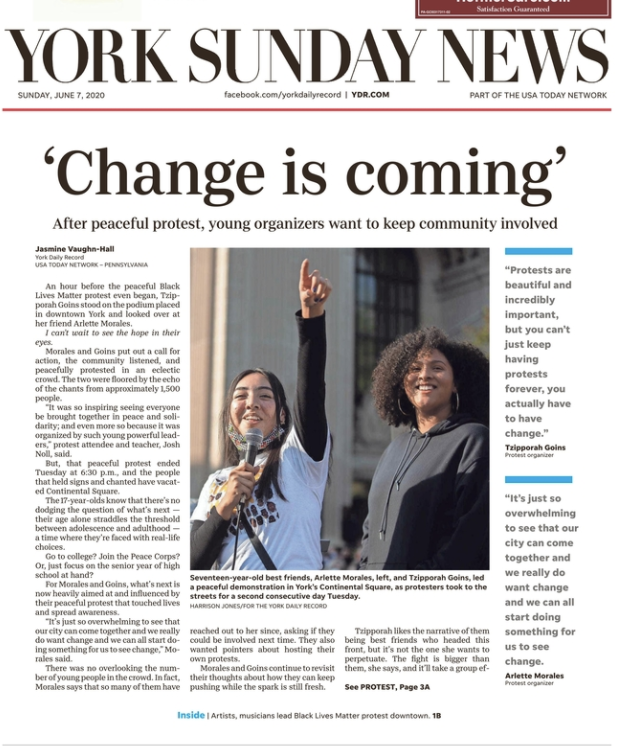 "They asked for protection, the right to live true to themselves without fear; for grace, the ability to be an agent for good in others; and peace, that fullness of being in which each of us brings our individual gifts to the common good. That is all our ancestors prayed for, and it is still all we need."

Let us be the blessing.

Be safe, and enjoy this beautiful day!