From the Rabbi's Bunker: May 14: A Virtual Return, and a Virtual Book Launch 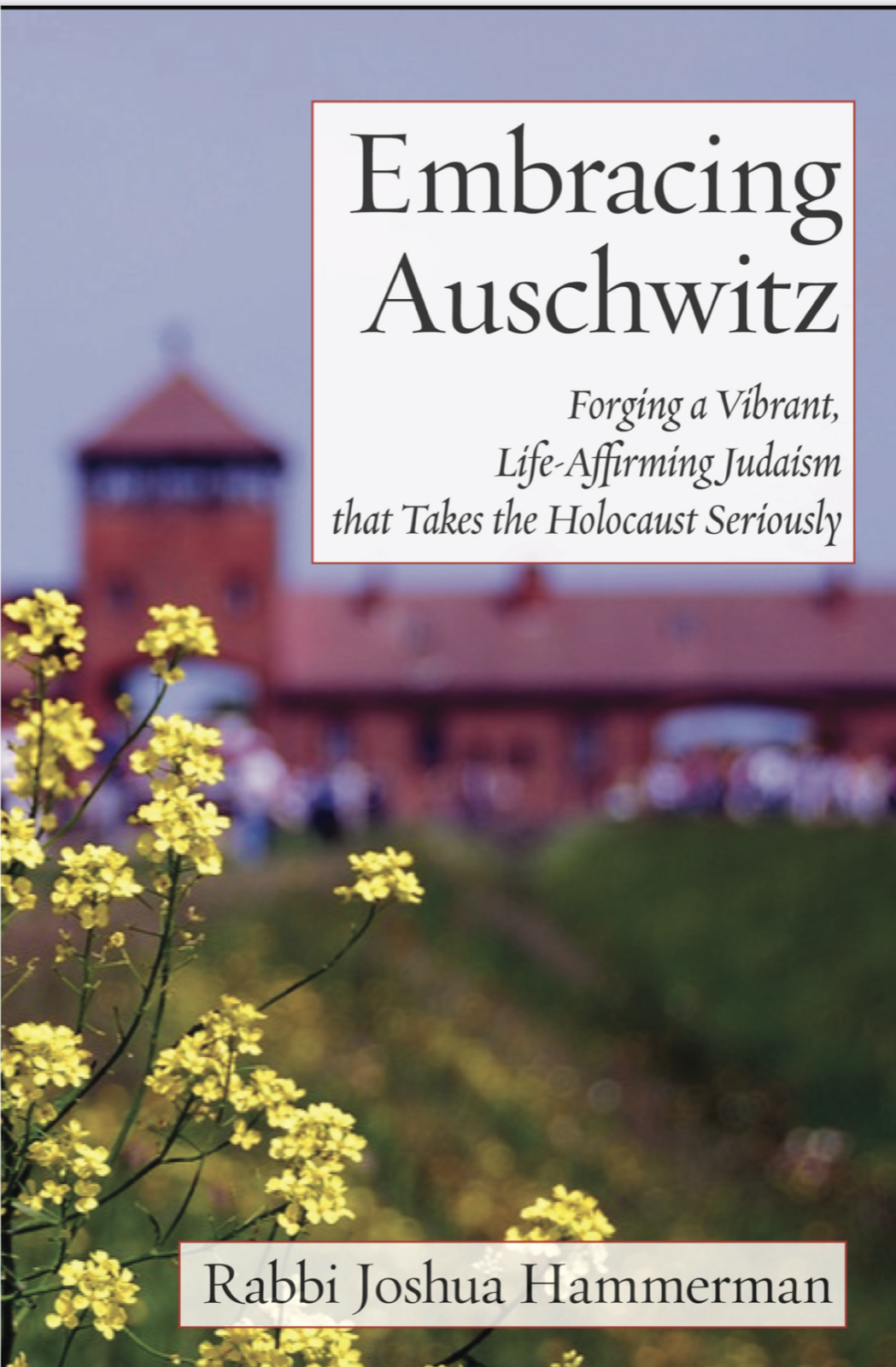 Greetings from the Bunker!

Had there been no virus, there would have been hundreds of people in our sanctuary this weekend, celebrating with about a dozen adult b'nai and b'not mitzvah. It would have been spectacular, but that group is resilient, and they will wait to ascend the bima as b'nai mitzvah for one more year.  There are so many stories like that, and a real sense of loss that we all acknowledge.  But times like these help us to recognize which losses are recoverable and which ones are not.  So we celebrate simpler yet more profound joys these days, like the joy of being alive.

We continue with yet another Zoom service on Friday evening, and then, on Shabbat morning at 10 AM, something a little different.  I'll be leading a (sort of) complete Shabbat Zoom service from the pulpit of our sanctuary, reading from a real live Torah.  If you miss our sanctuary, or the Torah, here's your chance to dip your toe (virtually) back into those waters.

While Connecticut is set for a partial and phased re-opening on May 20, please know that religious institutions need to be among the last to re-open.  While many businesses face different levels of urgency right now, whether because of consumer need or economic circumstance, synagogues must answer, as they say, to a higher authority.  And that authority commands us to be most mindful of the need to prevent needless danger to human lives.

So yes, I will Zoom from the building on Shabbat, but I will be all alone and in a sanctuary that has been thoroughly sanitized.  I hope that, through me, you will get a feel for the spiritual home that we all have been missing.  It won't be nearly enough to replace the sense of community that we can only have when we are all together, but it's something.

So come home with me to TBE this Shabbat.

Click here for the Steinsaltz commentary and Koren text for this week's portions, Behar and Behukotai.

Click here for the Etz Hayyim text and commentary on this week's Torah portions.

Does the Holocaust Play an Outsized Role in Contemporary Jewish Identity? (Dr Edna Friedberg, JTS) This is the excellent lecture that our Beyond Dispute listened to this week.

The Most Instagrammable Synagogues in the World (MyJewishLearning) I've been featuring synagogues and other holy places throughout the world in Zoom services and classes.  Join me in these explorations of the spirit, while our bodies shelter in place.

God Shelters the Faithful: The Prayer of Psalm 91
Psalm 91 expresses confidence that God will protect the righteous from plagues, demons, and wild animals, while allowing the wicked to perish. How are we to understand such language, especially in the midst of the COVID-19 pandemic?

QAnon Is More Important Than You Think (The Atlantic)
QAnon is emblematic of modern America's susceptibility to conspiracy theories, and its enthusiasm for them. But it is also already much more than a loose collection of conspiracy-minded chat-room inhabitants. It is a movement united in mass rejection of reason, objectivity, and other Enlightenment values. And we are likely closer to the beginning of its story than the end. The group harnesses paranoia to fervent hope and a deep sense of belonging. The way it breathes life into an ancient preoccupation with end-times is also radically new. To look at QAnon is to see not just a conspiracy theory but the birth of a new religion.
Why do we need old fashioned religions like Judaism? To counter the lies and paranoia of new ones that reject facts, that come under the general rubric of - to keep to the "Q" motif - the new cult of Quackism.  Who is a Quackist?  Anyone who believes or promotes conspiracy theories like Pizzagate is by definition a Quackist.

Traditional religions are far from perfect, but centuries of practice and revision have helped smooth the rough edges, like dripping water on a rock. Judaism has been smoothed out by millennia of crowd sourcing. Most traditional world religions have rock-solid ethical foundations, such as the concept of Ona'at Devarim that is described in this week's Torah portion of Behar.  "Oppression by words" can take a number of guises.  Read more about this rabbinic concept in this parsha packet.

Quackist conspiracy theories have few filters, other than our minds.  Use the smell test when you read these crazy things, even if they seem to come from reputable places.  Our democracy depends on it. Common decency depends on it. 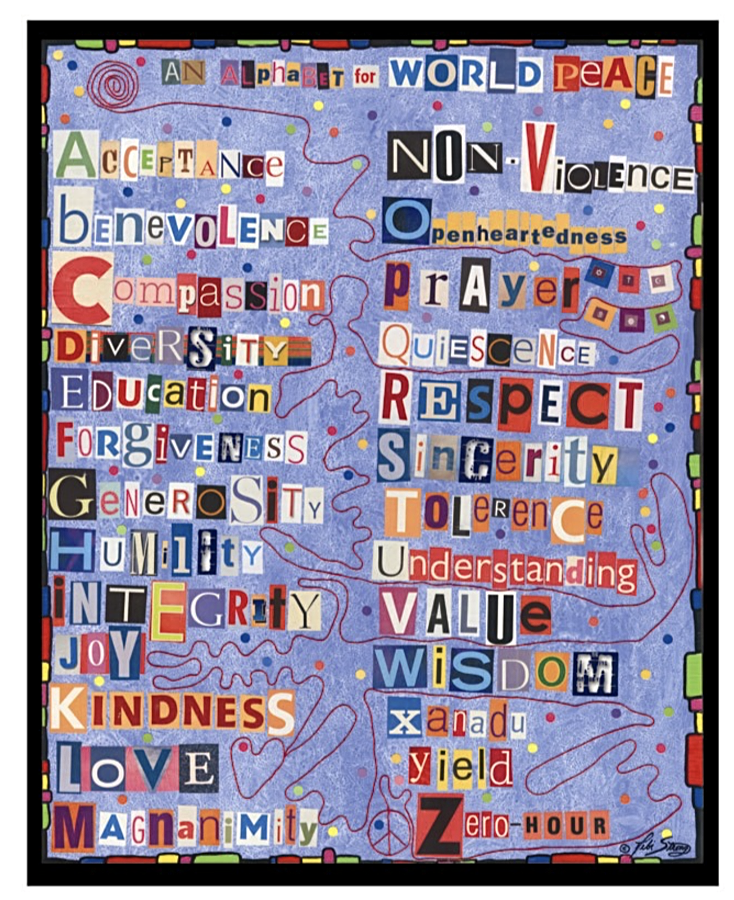 "An Alphabet for World Peace," by Debi Strong.  The red thread that winds throughout the piece is a symbol from Chinese mythology wherein an invisible red thread connects a newborn baby to all the people who will become significant in its life. As the child grows, the threads shorten in length to bring those people closer together (she discovered this story when she and her husband adopted their younger daughter, as a 10-month-old baby, from China in 1999).

Along with much of our economy, book publishing has faced massive disruption because of the coronavirus.  While brick and mortar bookstores have closed, for a long while online sellers like Amazon shut down book sales in favor of more immediate needs, like shipping out toilet paper.  Now they are shipping out books again, but printers have a backlog so they aren't necessarily being printed.  Plus, this is a period when, although people are home, our ability to focus has been limited. (What day is today?) Not an optimal time to be coming out with a book!


But my publisher and I concluded that "if not now, when?" So today is the publication date for a book containing ideas that I've been refining for many years.  And you have been a big part of that process. Without those who accompanied Mara and me on our 2017 Central Europe trip, or those who went with us in 2010 on the March of the Living, this book-could not have happened. In truth, our entire congregation has helped me to develop and refine these ideas-in group discussions, casual conversations and feedback from the 2017 High Holiday sermon cycle, where many of these themes were first articulated. We remain fellow travelers in so many respects. 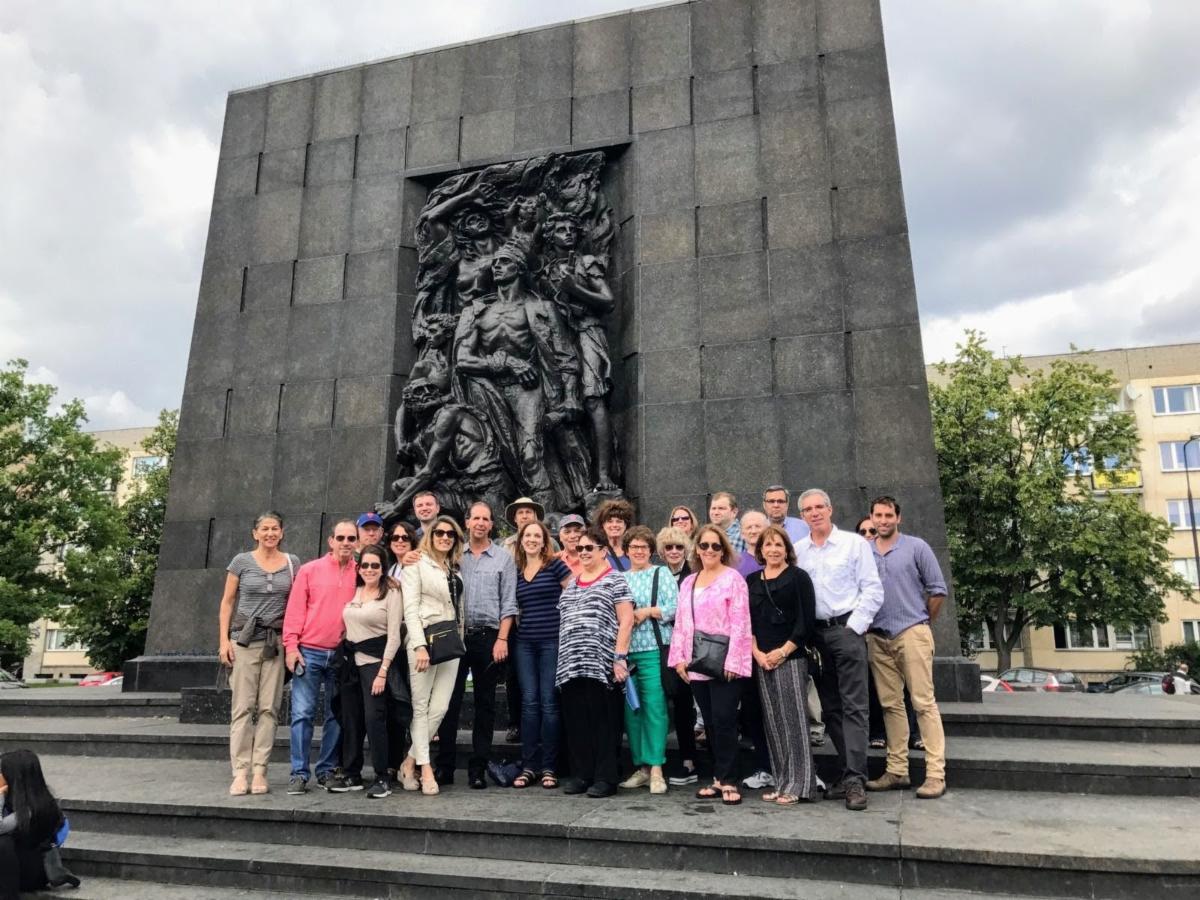 As for a launching, we have to keep things virtual for the time being.  But I am pleased that I will be partnering with the Jewish Historical Society for a Zoom book talk next week, on May 20. See our TBE announcements and community emails for details.
So how are book signings done in an age of social distancing?

Simply order the book on Amazon by clicking here, then email me to let me know that you've ordered it.  I'll send you a customized, signed and personalized sticker that you can then insert into the book.  This is something done even in normal times, and it makes all the sense in the world to do it this way now.

Once the world returns to "normal," we'll get together and celebrate.

Meanwhile, some more about the book:

About this book
The Judaism of Sinai and the Judaism of Auschwitz are merging, resulting in new visions of Judaism that are only beginning to take shape.
Each of the chapters of this book outlines an aspect of this work-in-progress, this Torah of Auschwitz, and we will see just how the ways of Sinai are being recast, the old wells re-dug.
Jewish survival will not be assured until the grandchildren of survivors and others of their generation can begin to take the darkness of the Shoah and turn it into a song, absorbing the absurdity of a silent God while loving life nonetheless.
Advance Praise for Embracing Auschwitz
"As the Holocaust shifts from living wound to fitful memory, the urgent question is not just how to remember but why. In Embracing Auschwitz, Rabbi Joshua Hammerman gives us a compelling and provocative answer. His 'Torah of Auschwitz' celebrates the life-affirming values of heroism, persistence, faith, Jewish unity and defense, and universal justice.  Embracing Auschwitz is an essential contribution to our understanding of what we as a people need to carry from the 20th into the 21st century."
-Yossi Klein Halevi,
Senior Fellow, Shalom Hartman Institute, Jerusalem
author, Letters to My Palestinian Neighbor
"I hate the title of this book and there are tens of passages which make me wince and grit my teeth in order to go on. Yet this is an important book and should be read by every Jew who cares about Judaism-because its central point is true and it offers wisdom to guide us into the Jewish future. Hammerman's fundamental thesis is that the Holocaust must be incorporated into the fabric of Jewish religion. Our understanding of every tradition and ethical commandment must be reshaped by its light. This book shows how to do this. Thankfully, he makes clear that the correct application of this concept is not to magnify death and the feeling of victimization. Rather it is to respond with greater intensity of human responsibility and to savor life even more for its fragility and vulnerability. This is not to mention other exciting challenges in the book. Take his bold proposal-for the sake of creating an indissoluble bond-to grant every Jew in the world a vote in Israel. I don't agree but this is a proposal that makes waves and is worth fighting over. In short, damn the torpedoes and wrecks along the way. Full speed ahead. Read this book. Criticize its faults. Absorb its truths. The life you inspire may well be your own."
-Rabbi Dr. Irving "Yitz" Greenberg,
founding director of the President's Commission on the Holocaust,
Chair of the Holocaust Memorial Museum
founding President of the Jewish Life Network
"With immense insight and unstinting honesty, this work looks hard at the Holocaust's enduring meaning for Jewish identity and the world. In examining the past in all its complexities, Rabbi Hammerman suggests a hopeful path for our complex Jewish community. Like many of Rabbi Hammerman's sermons and other writings, it is eye opening and thought provoking. Embracing Auschwitz will make you think and feel-no walk in the park, but a journey well worth taking and embracing."
-U.S. Senator Richard Blumenthal
"A powerful meditation on what Judaism could be in this time."
-Peter Beinart, author, The Crisis of Zionism
"Starting with a jarring book title, Joshua Hammerman captures our imagination and re-pivots our approach to dealing with the horrors of the Holocaust. As a gifted journalist and spiritual leader, he makes his case with a clear voice and open heart, showing us that we can fulfill the biblical mandate to 'choose life' by doing so with new forms of joy and sanctity. Hammerman's brave new vision challenges us and demands our attention."
-Gary Rosenblatt, Editor At Large, The Jewish Week
Discussion Guide

To give you a greater sense of the major points made in the book, here is the Discussion Guide that has been created for book groups and classes.

Happy reading, and Shabbat Shalom,  from the Bunker