From the Rabbi's Bunker, April 21: Auschwitz and the coronavirus: a single garment of destiny

Scenes from Shabbabimbam 2.0 -
for the Coronavirus Era 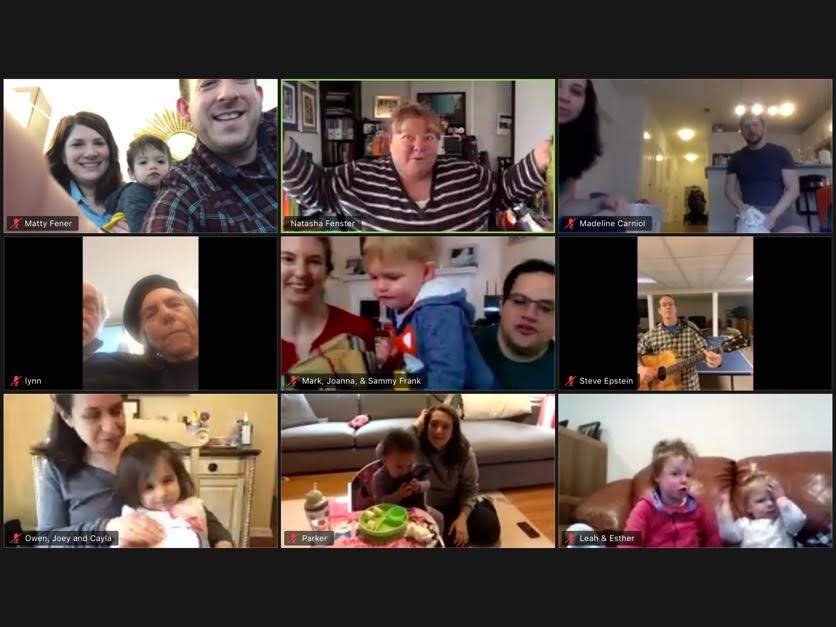 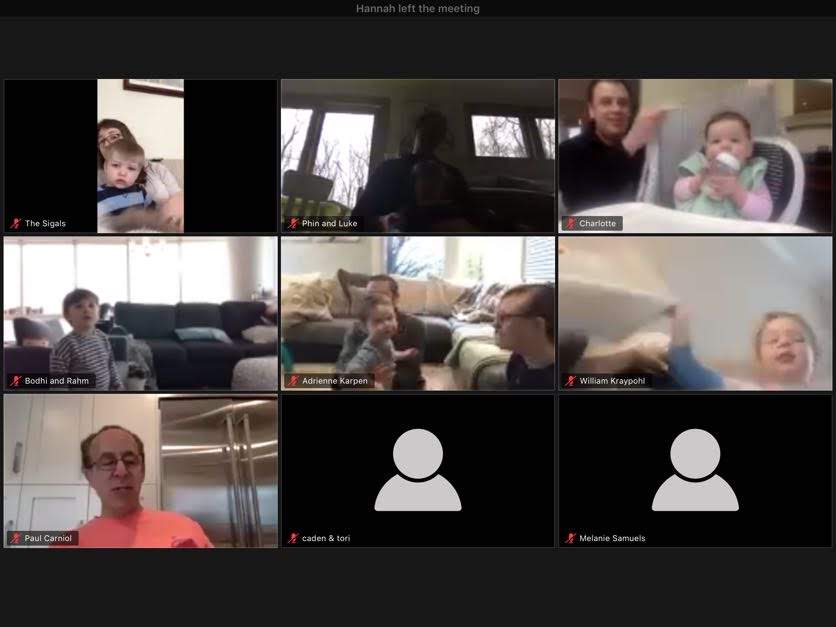 We at TBE express our heartfelt sympathies to the family of Dr. Harold Axe, beloved husband of Rabbi Vicki Axe, loving father of Judah and Ellie, Noah and Amira, Gabe and Dan.  Proud grandfather of Maren and Nora, Jillian and Augustin.  May the family be comforted among the mourners of Zion and Jerusalem.

Auschwitz and the coronavirus: a single garment of destiny 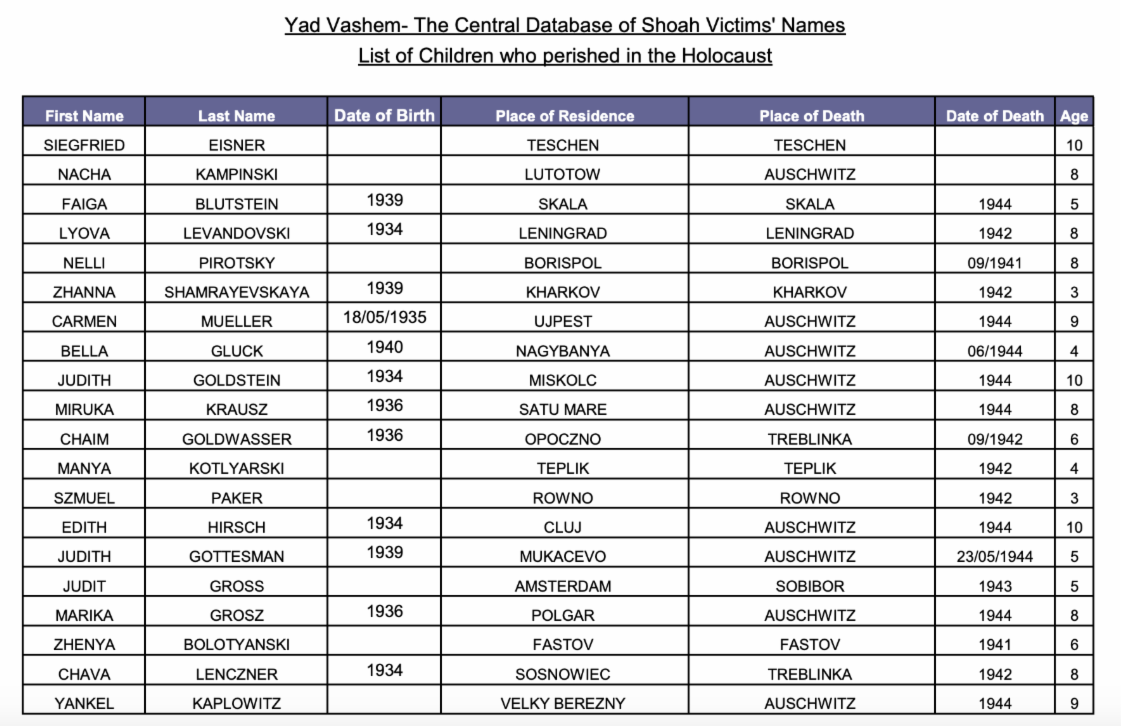 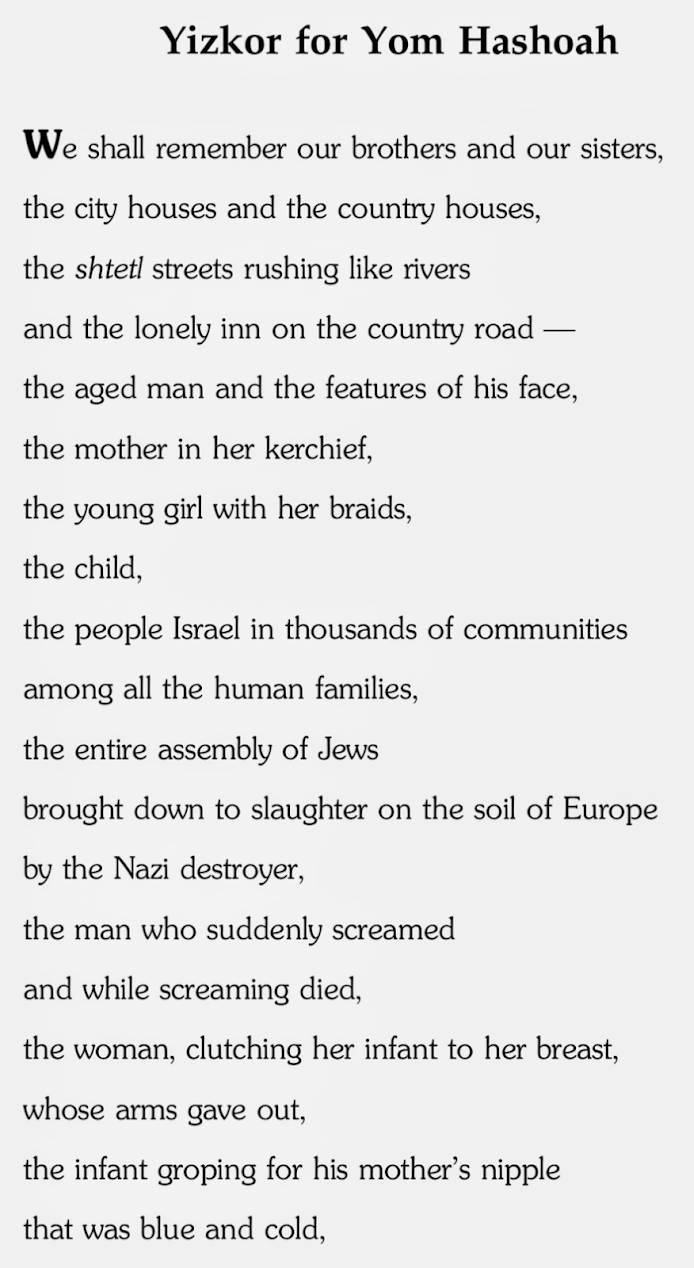 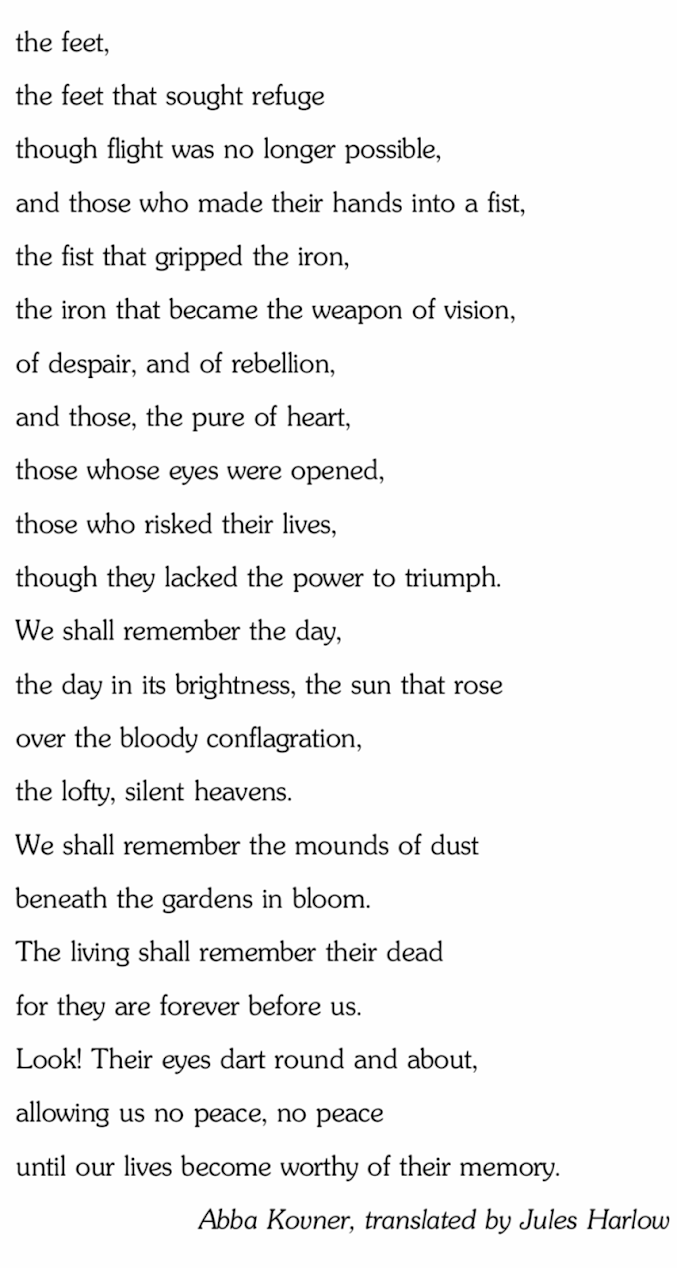 This request came in from TBE congregant Donna Wolff:

I am enjoying all the zooming we are doing! Thank you for keeping us all engaged. It helps.

For several weeks, my friend Ann and I organized a group of women at Infinity in Harbor Point to make face masks for front line hospital workers to protect their N95 masks at Stamford and Greenwich hospitals.  We worked independently in our own apartments, respecting social distancing, each doing a different task until the final mask or shield was made. Now with face masks being mandated this monday by Governor Lamont, many websites (amazon, and others being out of stock), there was a call to action by Etsy.com sewing site for people to start making face masks.  So we put together an online store on Etsy.com (Rubysewcute).

Would it be possible for you to copy/paste this message below on your posts or suggest another way for me to get the word out. I would like to let TBE members know where they can get face masks.

HERE ARE THE DETAILS - AND THANK YOU, DONNA!

We wanted to let you know about our new Etsy store, RubySewCute, where we sell a variety of attractive cotton face masks.   Our website is located at https://www.etsy.com/shop/rubysewcute or you can find us on Facebook.

All masks meet CDC standards and are breathable, washable, and made with comfortable braided elastic that won't pinch.

For a limited time, we will take  $3 off the initial purchase by using the coupon found here:  https://www.etsy.com/shop/RubySewCute?coupon=COVID.

For every mask sold locally, we will donate 1 custom mask to Stamford Hospital.

Together, let's work to Stop the Spread of Coronavirus!
Sincerely,
Donna Wolff

Religious innovation has deep historical roots (Pref. Samuel L Boyd) - The coronavirus pandemic is forcing entire countries to rethink deeply held social norms. Faith leaders are coming up with new ways to reach their communities, with many turning to online platforms to perform rituals.
For Israel’s Holocaust survivors, coronavirus is the plague of loneliness (Times of Israel)
As Israel marks Holocaust Remembrance Day, 189,500 survivors are trapped indoors and fearful. They have ‘lived through worse,’ but facing pandemic alone at home is major hardship
In ‘unity’ deal, Gantz hopes he’s compelled Netanyahu to let him be PM one day  (Times of Israel, David Horovitz) While Blue and White leader waits to see if his time will come in 18 months, resurgent premier can advance annexation, and has a promise of elections if High Court disqualifies him
In a World in Lockdown, Anne Frank Is the Latest Social Media Influencer (Ha'aretz)
The new Anne Frank video diary on YouTube, which came out during the coronavirus pandemic, forces us to confront our treatment of human sufferings - like the one plaguing us today.
I cover anti-Semitism on a daily basis. This is why ‘The Plot Against America’ is the scariest show I’ve seen. (JTA)
More than half of American Jews have seen or experienced anti-Semitism in recent years, ADL finds (JTA)  The ADL also found that 63% of American Jews say they are less safe than they were a decade ago
Stay well and stay indoors...

Email ThisBlogThis!Share to TwitterShare to FacebookShare to Pinterest
Labels: coronavirus, Holocaust and Anti-Semitism