From the Rabbi's Bunker, April 30-May1: The Cruelest Month (ever); When Do We Open Up the Economy? Kosher Pork; The People Who Dwells Apart...Together; The Darkness of Egypt

From the Rabbi's Bunker
Shabbat-O-Gram 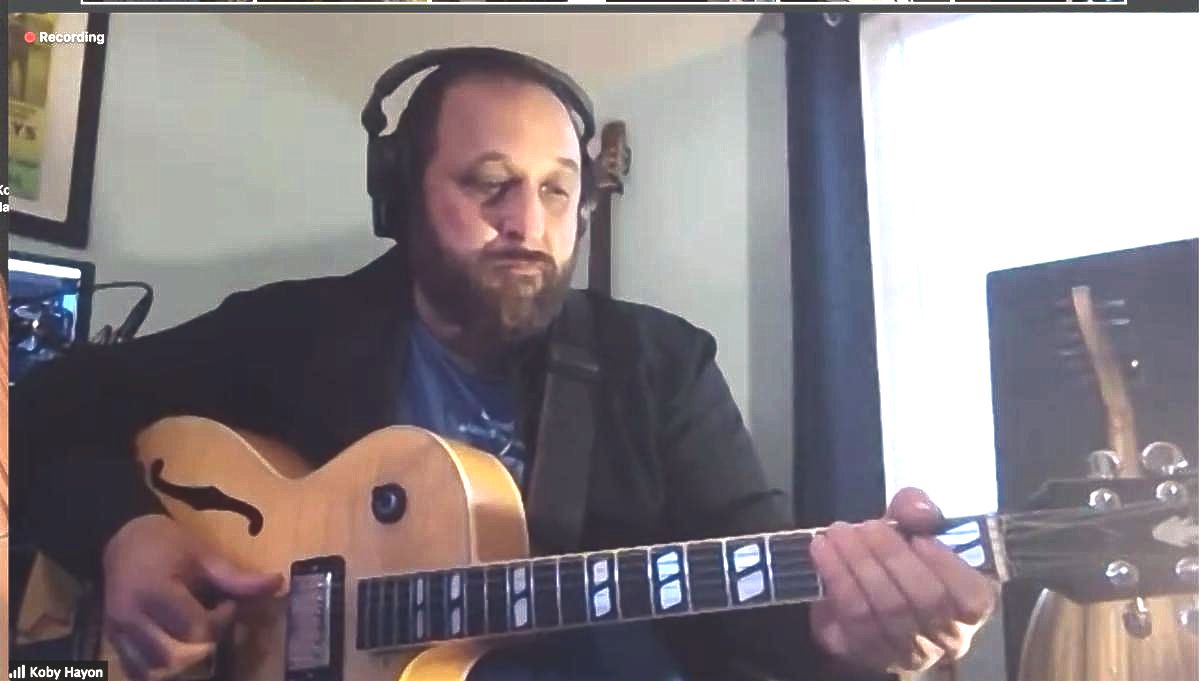 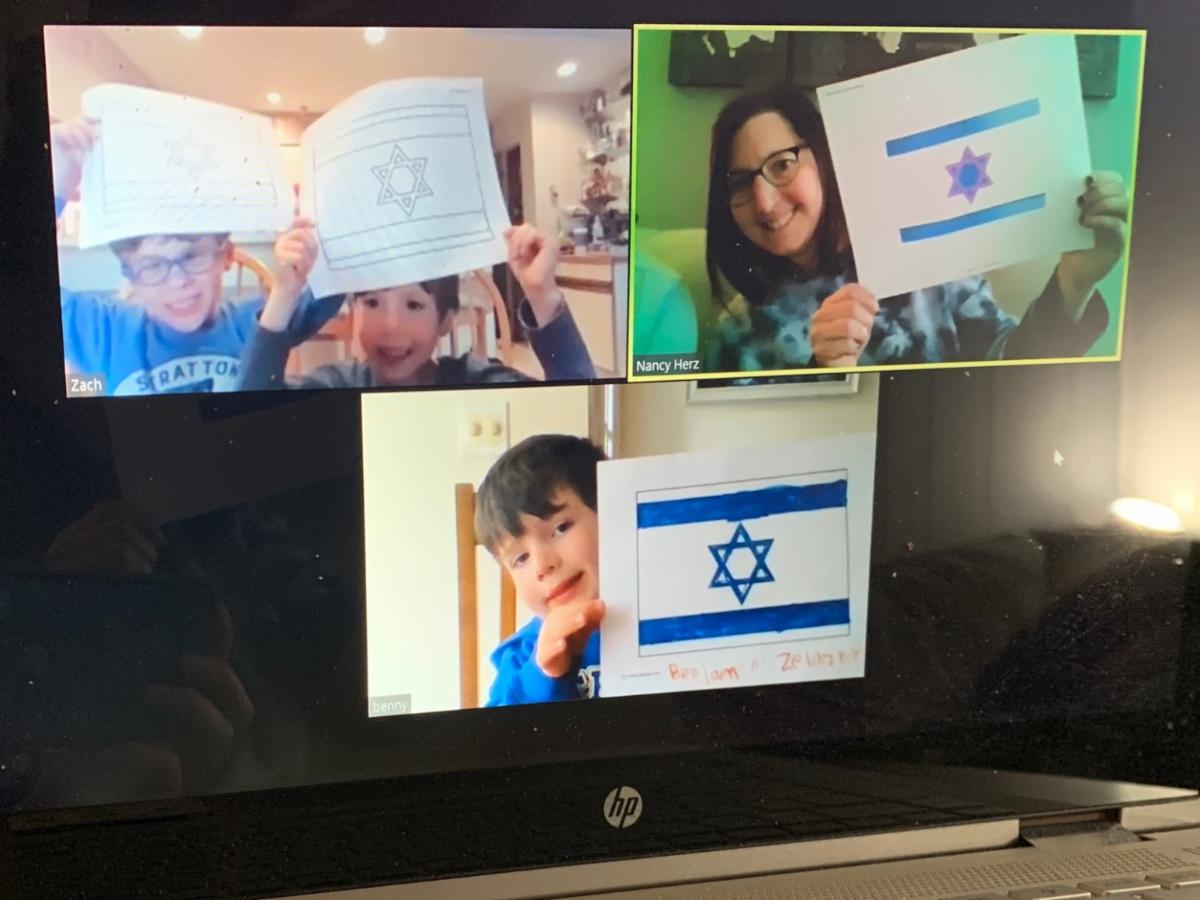 April is the cruellest month, breeding
Lilacs out of the dead land, mixing
Memory and desire, stirring
Dull roots with spring rain.

When TS Eliot called April "the cruellest month," he had no idea what this April would be like.  Now May begins, and with it, the hope that brighter days may lie ahead. Another poet, Lucille Clifton, in her poem "Blessing the Boats," expressed the wish that we all share as the cruelest month gives way to May:

Join us at 6 on Friday as out K,1 and 2 students will be sure to brighten our day as they, along with Cantor Katie Kaplan, will co-lead the service with me.  This will be our main Kabbalat Shabbat service. Rabbi G will lead the Torah study at 11 on Shabbat morning.

We've gotten used to this new normal as we see the curve beginning to flatten. With all the sadness we're experiencing, with our adaptation to a life of masks and fear and endless grieving, this April has indeed been the cruelest of months.

Those legendary April showers have been transformed, in 2020, into windswept deluges; but if we simply add some kindness, those May flowers can - and will - still grow.

When Can the Economy Reopen?

This is the question of the hour, and Jewish sources have much to teach us.
You can read the full statement put out by the Rabbinical Assembly this week.  Below are some highlights: 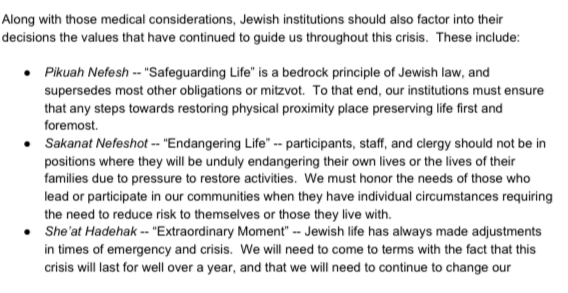 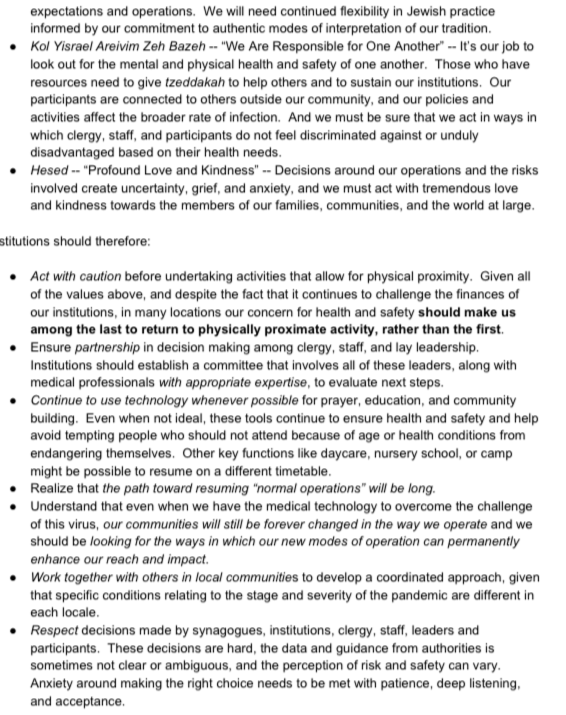 Much of the conversation this week has revolved around infection being widespread in meat production factories. Several years ago, Conservative rabbis created the Magen Tzedek seal.  It imposed a higher level of Kashrut supervision that evaluated not only regarding standards of ritual slaughter and meat preparation (with involves painless slaughter, draining the blood, salting, etc.), but also three other areas of ethical importance: humane treatment of animals, concern for the welfare of the workers and environmental impact.  The Magen Tzedek project has waned, but there is no question that the knowing and forced exposure of workers to unsafe conditions flies against all the principles behind Kashrut as we know it.  Kosher laws might seem irrelevant to consumers of pork and non-kosher meat products produced by companies like Tyson, but that doesn't mean that we shouldn't speak up about it.

In fact, we should be outraged whenever workers anywhere are forced to expose themselves and their families - and by extension, the rest of us - to unsafe working conditions.   And on top of it, if the goal of the current executive order is to prevent workers from being able to sue companies that force them to take such risk, that is shameful.

So look at these study materials.

And as you do, remember that we create a holy society by caring for the most vulnerable among us.  The disease, like some kind of microbial Amalek, had made a beeline right for them: the elderly, particularly in nursing homes, workers (and the unemployed), those with underlying medical conditions, minorities, immigrants (who are being targeted more by the government than the disease itself) and the incarcerated.  As Martin Luther King wrote: 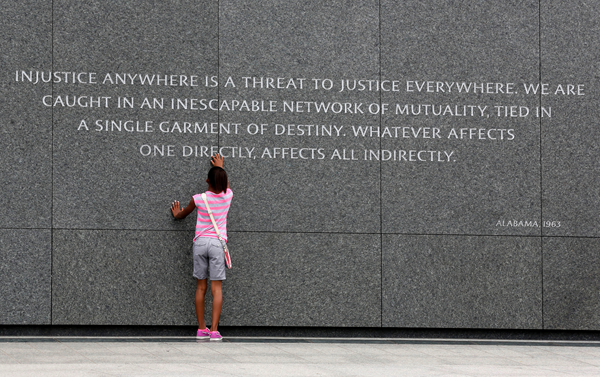 A People Who Dwells Apart...Together

It's not often that I'll recommend that people open up an ultra-Orthodox newspaper, but these are not normal times, so please click here and flip through the pages of this week's Flatbush Jewish Journal. You will find there a small hint of the grief that that community has been enduring because of Covid-19.  You'll see it in the ads, in the articles, and most of all, in the many pages of tributes.  Jews have long believed that no one dies alone - or marries alone, or, in fact does just about anything alone.  So the mess regarding recent funerals and weddings among Haredi Jews, from Brooklyn to Bnai Brak, has been a source of both concern and consternation.

Jews just can't seem to stay away from other Jews.  Just ask Mayor de Blasio, who chewed out the Jewish community for the inordinately large gathering at a recent funeral in Brooklyn.  Now while the mayor should not get a pass for painting the Jewish community with such a broad brush, neither should other Jews ignore what happened. We are our brother's keeper, and this week's portion implores us not to stand idly by.  So we should be calling out all those who endanger us by not keeping social distance rules.  I know that I feel horribly when I have to inform families that no more than ten can attend a funeral, and there have been so many funerals. Those rules of social distancing need to apply to everyone.

Israelis were in total lockdown yesterday, unable to celebrate Independence Day in the normal ways. Isolation does not come naturally for the "people that dwells apart." That's why the government couldn't relax the lockdown even a little yesterday.  They knew that, given an inch, Israelis would soon be all over the beaches and parks and bopping total strangers on the street with those squeaky hammers and spraying that silly snow, as they do every other Yom Ha'atzmaut.  And the day before, on Memorial Day, they all would have flocked to the cemeteries.  The cemeteries were closed on Memorial Day.

So this week, Israel helped to teach us how to do both grief and celebration safely, on a national level.  It may have been more subdued than normal, but it did not lack for togetherness, even as everyone was apart.

See the three video examples below:

1) The annual military awards ceremony at the president's house was handled quite differently.  The musical numbers were wonderfully inclusive, bringing in a wide spectrum of voices was in the musical montages about 24 and 51 minutes in.

2) And then below that, see the opening ceremony from Mount Herzl, which also demonstrated that it is possible to celebrate separately and to remain united in the Corona Era.

3) And the final video of the three is the annual International Bible Quiz, which this year was held online, but was still as thrilling and as unifying as ever.  Playing along in my armchair, I even got a few of the answers right this year (it is NOT easy).


And while we are at it, see this fascinating award-winning video about Israel, made available for general viewing this week

And click here to stream a classic Israeli film for free between now and tomorrow at midnight
or go to https://israelfilmcenterstream.org/ and use the promo code ISRAEL2020

The Darkness of Egypt

I always love how our ancient sources live and breathe in Israeli culture.  You don't have to go to rabbinical school to know that this week's portion contains the central verse, "Love your neighbor as yourself."  And there it was, on the screen, introducing the Mount Herzl ceremony, whose theme emphasized the unity and mutual responsibility of all Israelis. 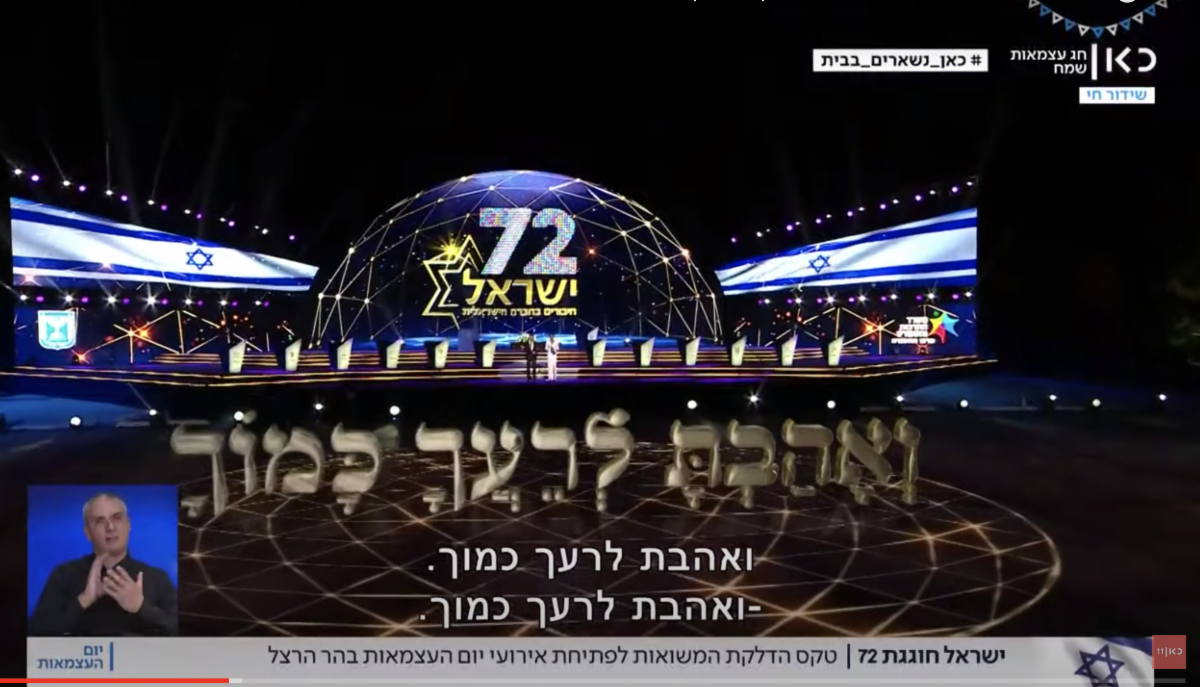 It reminded me of an episode of Fauda Season 3 that I was watching this past week, where Israelis were about to cut the power to Gaza.  The term for "blackout" used was "Hoshech Mitzrayim," evoking the biblical plague of darkness inflicted upon Egypt. The text of Exodus 10 and accompanying commentary talk of this being darker than the ordinary night, a supernaturally thick and tangible darkness.

The subtitles just said "total blackout" or some such, failing to convey the 3,500 year cultural flavor of the Hebrew.  The Bible truly comes alive in the Jewish state, where even Doron from Fauda is a midrash scholar, without even knowing it.

More on this week's Torah portions, Ahare-Mot and Kedoshim


Love Your Neighbor: How It Became the Golden Rule
The Scapegoat Ritual and Its Ancient Near Eastern Parallels
Bestiality in Biblical and Hittite Law (it's been a long quarantine...)
The Exodus, the Alien, and the Neighbor

If You are Really Missing Sports and You Love the Omer...check out


Over the seven weeks between Passover and Shavuot, count the Omer with us as we meditate on how the (divine qualities) sefirot show up in the games we love most. Whether you're a fan of basketball, baseball, or hockey , we hope that our playful reflections on the spiritual side of sports bring meaning and joy to your practice of counting the Omer this year.

And finally, we hear from last week's cancelled guest:

Lisa Grove-Raider  passes along the youtube link to the video of her Great-Uncle Kurt Kleinman as he receiving the Medal of Valor from the Simon Wiesenthal Center.  He had planned to show this video as part of his presentation at TBE on April 19th. His story has been told in the bestselling book, The Boy Who Followed His Father into Auschwitz.

Shabbat Shalom and Happy May!